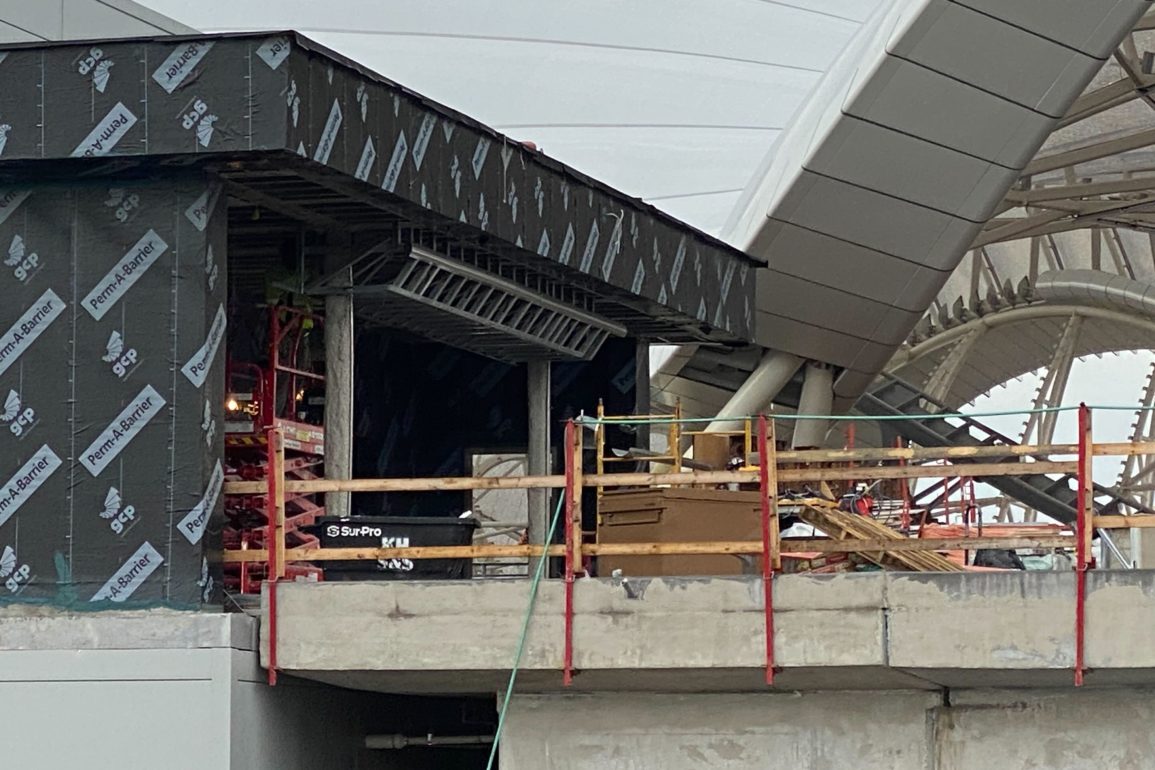 We’re seeing more progress on the building next to TRON Lightcycle / Run at Magic Kingdom that we believe to be for lockers.

The building is mostly covered in the same grey and blue paneling as the coaster’s show building.

The walkway leads to the lockers building, and over the Walt Disney World Railroad tunnel.

The front of the building still has exposed black weather-proof sheathing.

A steel grill element has been added above the entrance, to the underside of the awning, between two columns.

A crew member in a scissor lift was working on the newly installed piece.

This looks like it will have signs mounted on it after paneling is added.

Lots of construction materials are sitting on the walkway outside the building.

The walkway itself remains lined with temporary wooden railings.