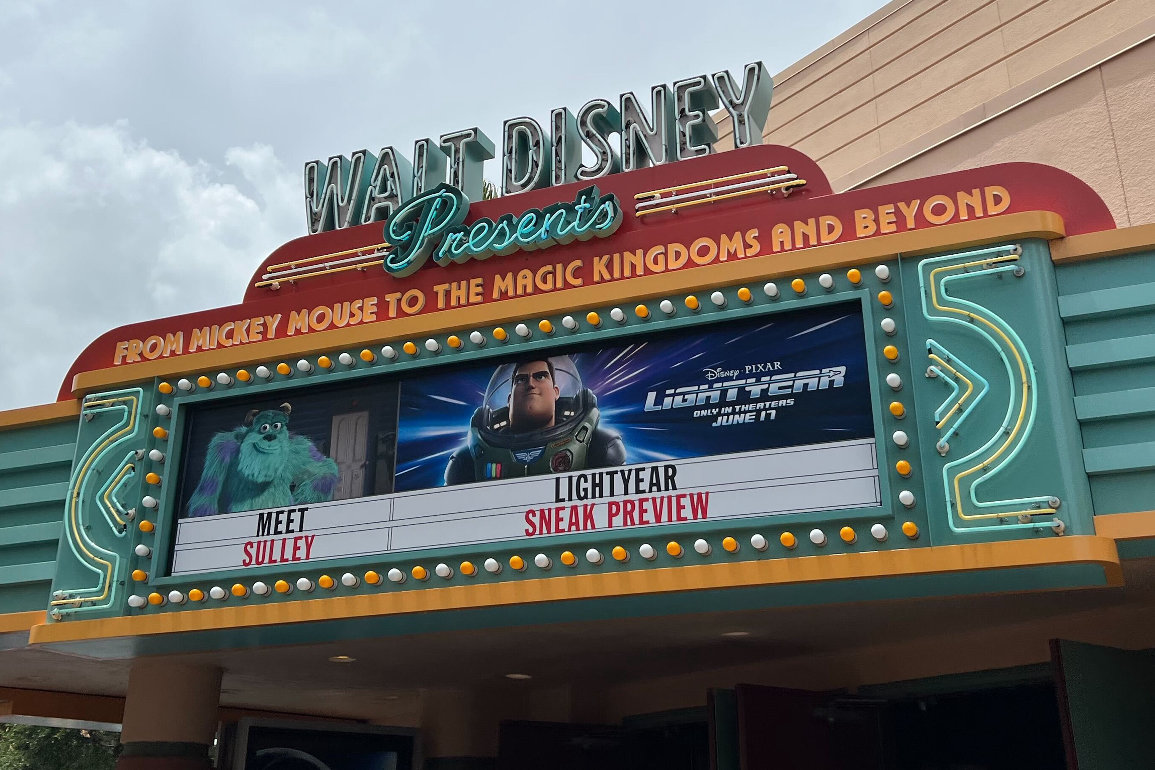 We caught a quick glimpse of “Lightyear” in the preview now playing at Walt Disney Presents in Disney’s Hollywood Studios.

A “Lightyear” movie poster is on display at Disney’s Hollywood Studios.

Banners featuring the Disney Pixar film can be seen.

A “Now Featuring” advertisement for the “Lightyear” sneak preview at Walt Disney Presents.

Buzz Lightyear and Sox dramatically pose on the door display.

Here’s a quick look at the auditorium where we caught a brief sequence from Disney Pixar’s “Lightyear.” The brief preview shows the beginning of the upcoming film.

Are you ready to blast off with this new look at a beloved Pixar hero? Catch the “Lightyear” sneak preview, now showing in Disney’s Hollywood Studios at Walt Disney Presents. The movie lands in theaters on June 17.