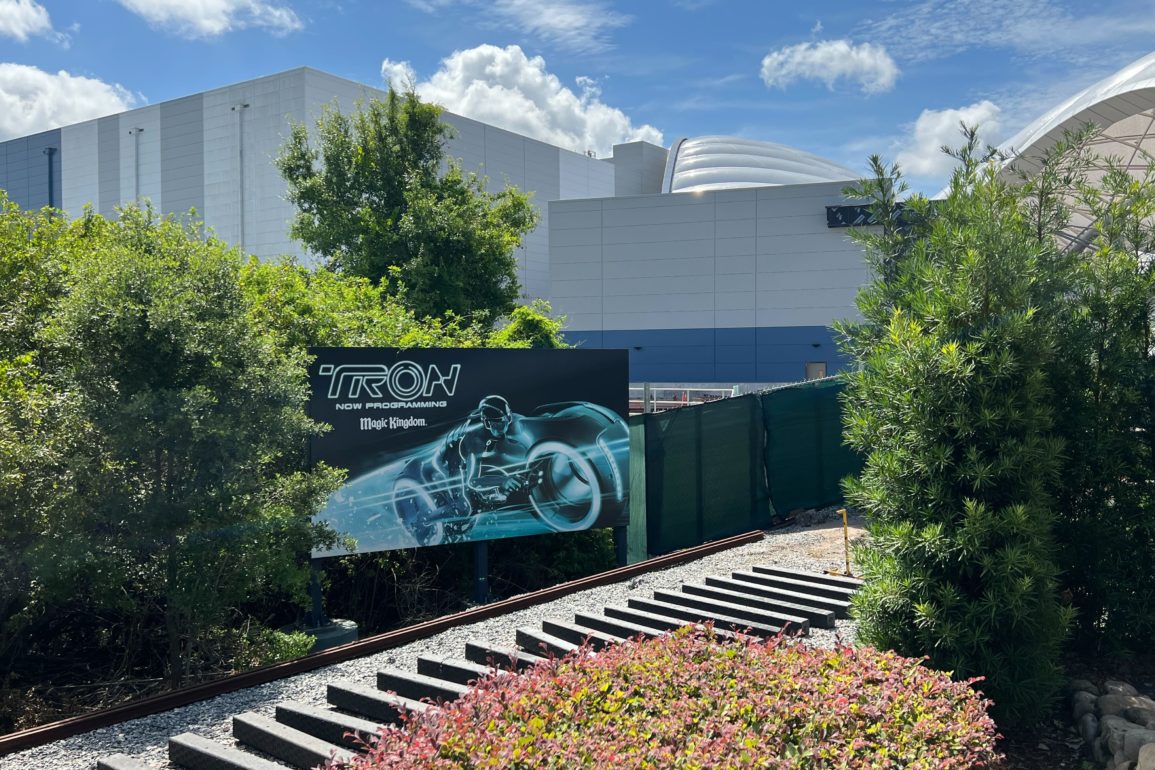 We getting steps closer to the Walt Disney World Railroad at Magic Kingdom reopening as new track is laid on either side of TRON Lightcycle / Run.

Railroad tracks were removed from the construction site, as well as through the Storybook Circus station.

Today, crew members were laying new track. The horizontal sleepers were already lined up from the edge of the construction site to the station.

The rails had yet to be installed.

The crew members were working right next to the station this morning.

We could see the yellow track laying machine further down.

Through the empty station, we caught more glimpses of the construction vehicles and crew members at work.

At the other end of the station, we got a better view of the laying machine.

There was also a green construction vehicle next to the tracks.

Much of the Walt Disney World Railroad track was replaced last year and Engine 1, the Walter E. Disney, was refurbished. The refurbished engine has been used to test the new track throughout Magic Kingdom, so we may see it here at Storybook Circus soon.

Meanwhile, crew members continue to work on the Walt Disney World Railroad tunnel that will run below TRON Lightcycle / Run.

Previous
Guardians of the Galaxy: Cosmic Rewind Merchandise to Debut at Creations Shop in EPCOT