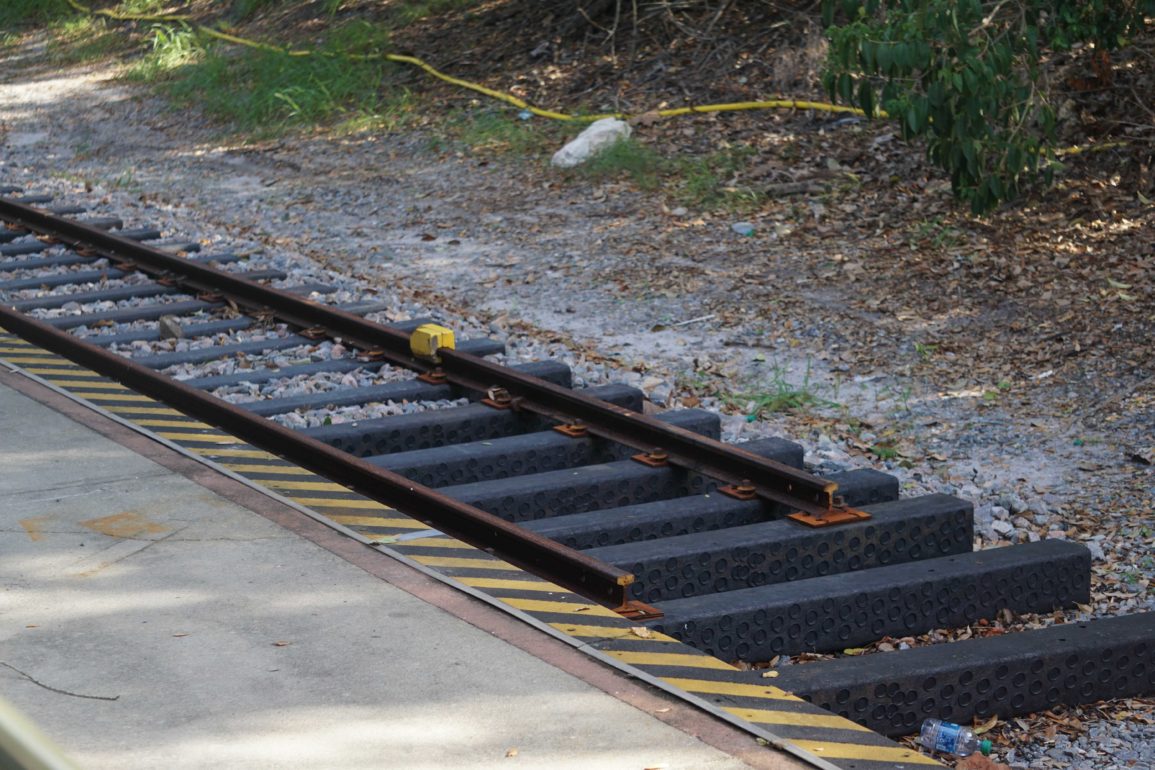 The Walt Disney World Railroad has been closed for over two years now, as it has been rerouted due to TRON Lightcycle / Run construction. Work on the tracks near the coaster continues to pick up steam, igniting hope that the work might be complete in time for Magic Kingdom’s 50th anniversary celebration in October.

In April, our update centered on the laying of these synthetic railroad ties. Now the area near the Fantasyland station has more railroad tracks being laid as well.

Here you can see the freshest set of ties and tracks heading toward Tomorrowland.

Looking back toward the spur, it looks like most of the track work is complete.

Looking toward TRON Lightcycle / Run, it’s clear that much more work is still to come.

Previous
PHOTOS, VIDEO: Star Tours Blasts Back Into Orbit with Physical Distancing and Plexiglass In Place at Disneyland Park