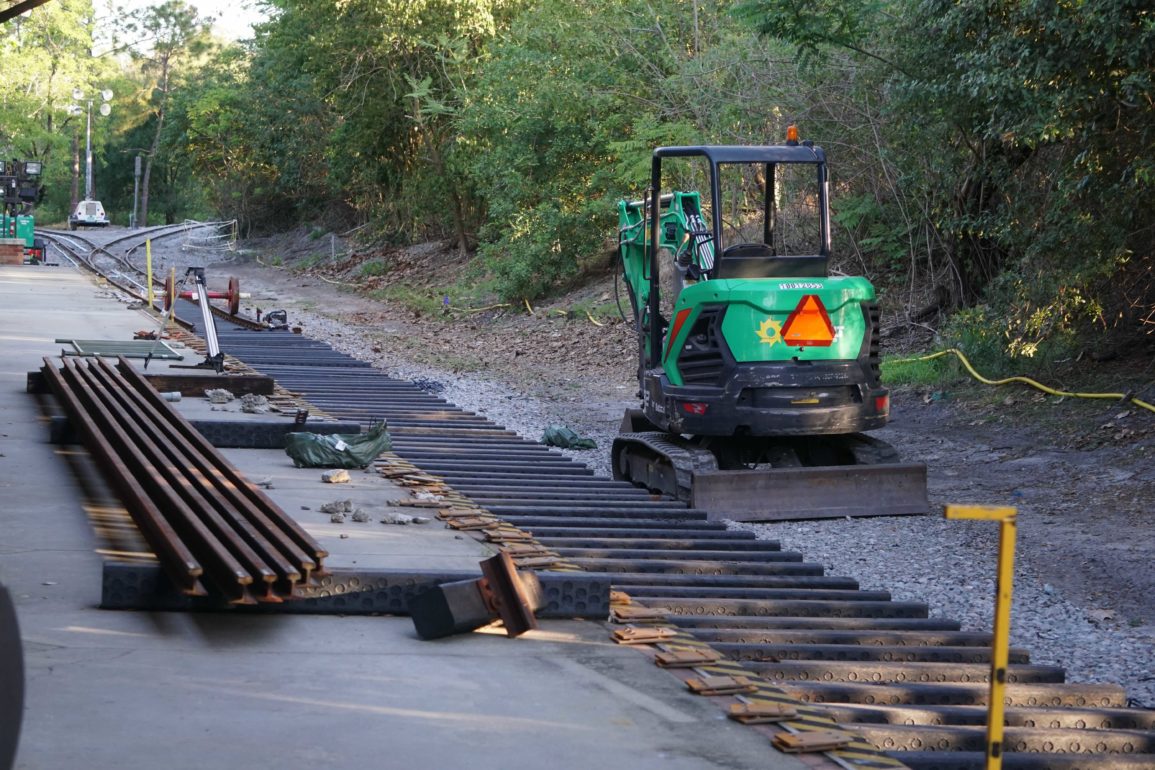 The Walt Disney World Railroad has been closed for over two years at Magic Kingdom as it is rerouted due to TRON Lightcycle / Run construction. Work on laying new track near the roller coaster is picking up, and it seems that Disney might try to have this project done in time for Magic Kingdom’s 50th anniversary celebration.

Some materials lay untouched, but others have been installed inside the large hole nearby.

The hole has been partially filled in since our report a few days ago.

A yellow extension cord runs from this building and down the treeline.

The ties now run most of the length of the visible construction site.

There is still plenty of work to be done before the Walt Disney World Railroad is operating again, but this is a good sign that it may be ready sooner rather than later.

If not by the beginning of “The World’s Most Magical Celebration” on October 1, 2021, the railroad may be able to open later on during the 18-month celebration.

Do you miss the Walt Disney World Railroad? Let us know in the comments.