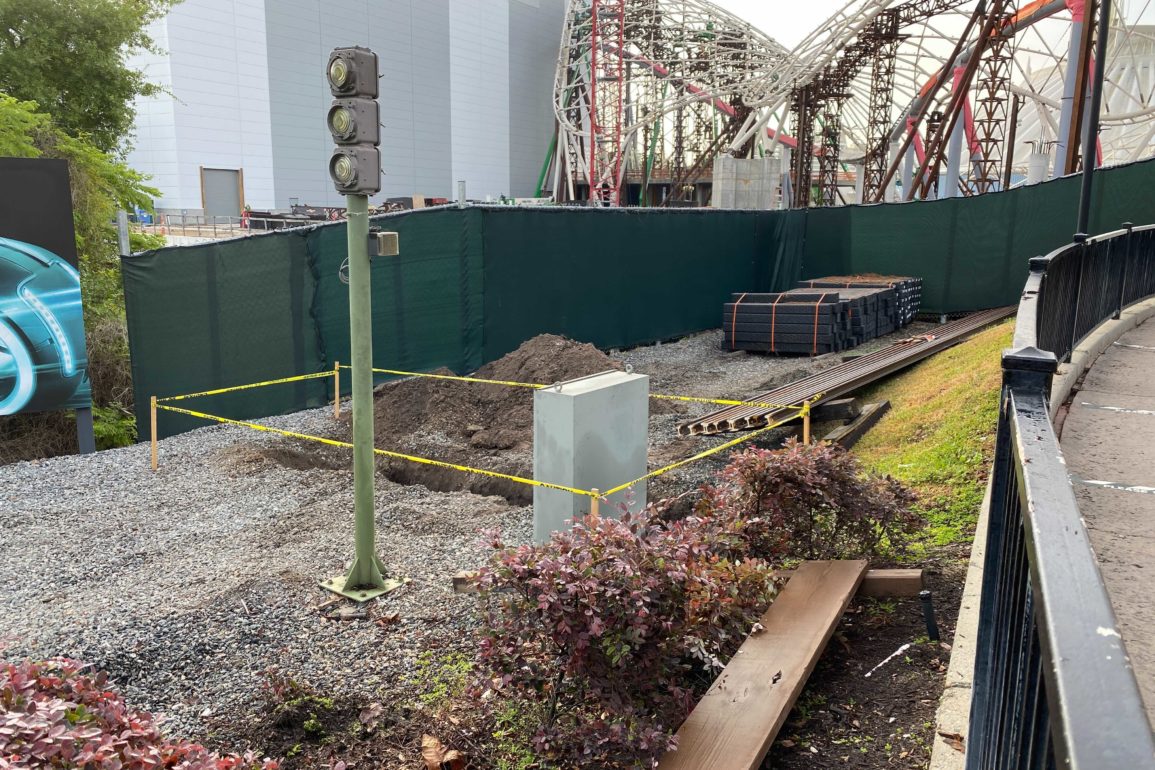 The Walt Disney World Railroad closed in December 2018 and has yet to reopen. The fan favorite and classic Walt Disney World attraction is receiving new track that is rerouted slightly due to the addition of TRON: Lightcycle / Run.

Work continues behind TRON: Lightcycle / Run in Tomorrowland. Lots of supplies sit nearby as work progresses on the new track. Large holes can be seen where construction will soon take place on the railroad’s new route.

Large holes were dug where the new track is rerouted behind the upcoming TRON: Lightcycle / Run attraction. The new track is comprised of synthetic railroad ties as opposed to classic wooden ties. You can see these in the top right corner of the above photo.

It remains unclear if Disney will even attempt to reopen The Walt Disney World Railroad for the park’s 50th anniversary on October 1st, but we already know that TRON Lightcycle Run has been abandoned as part of the 50th anniversary plans.