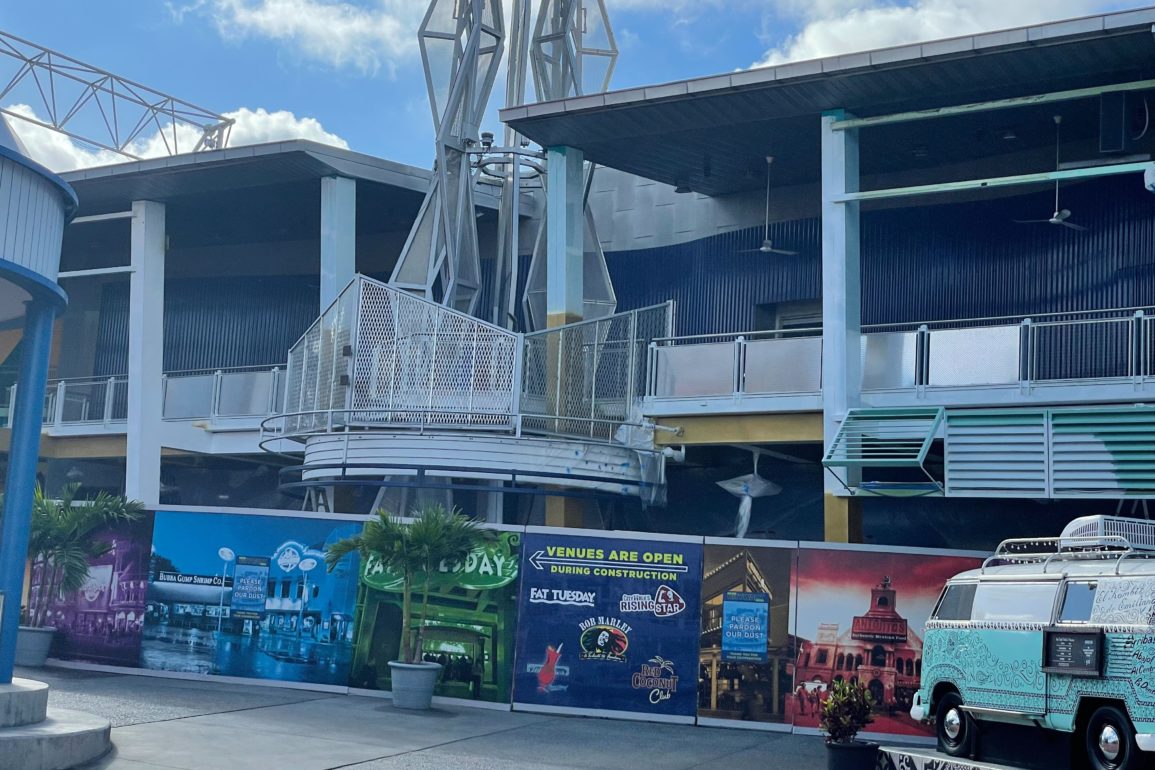 Signs of painting and tarp placement indicate that construction is progressing at the site of the former Groove dance club at Universal Orlando CityWalk.

As we’ve previously reported, CityWalk’s The Groove has closed and may be replaced by themed escape rooms. Construction signs and walls have been in place as far back as November 2021.

The steel tower is still standing, but all signage has been removed, as we reported.

Several tarps have been hung with painter’s tape to protect certain areas as painting begins.

Surfaces and columns appear to be getting a different paint job: an off-white is replacing the light turquoise.

It’s possible that the structure will be getting an entirely new paint job, and the white is likely primer for other colors.

In fact, we later saw some areas painted a mustard yellow.

Right now, the yellow is just on some of the columns and the edge of the balcony.

Are you hoping for an escape room in CityWalk? Let us know in the comments.