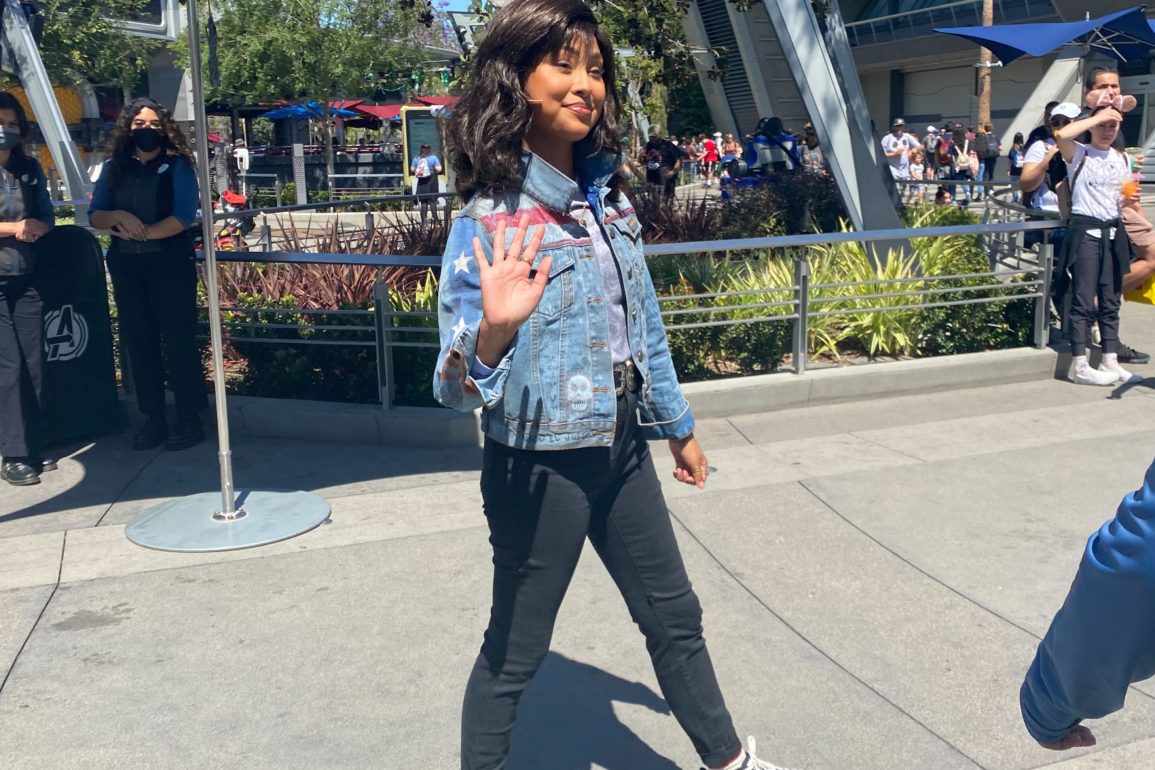 Disneyland announced last week that Scarlet Witch and America Chavez from “Doctor Strange and the Multiverse of Madness” would begin meeting on the Avengers Campus at Disney California Adventure. We stopped by to meet both characters!

In the new “Doctor Strange and the Multiverse of Madness” movie, her character is introduced to the Marvel Cinematic Universe. You can read our review here.

America is one of the youngest heroes in the Marvel Cinematic Universe. She’s depicted as 14 years old in the new “Doctor Strange” film.

Check out a video of America Chavez in action on Avengers Campus:

Which Marvel character do you most want to meet on Avengers Campus? Let us know in the comments.