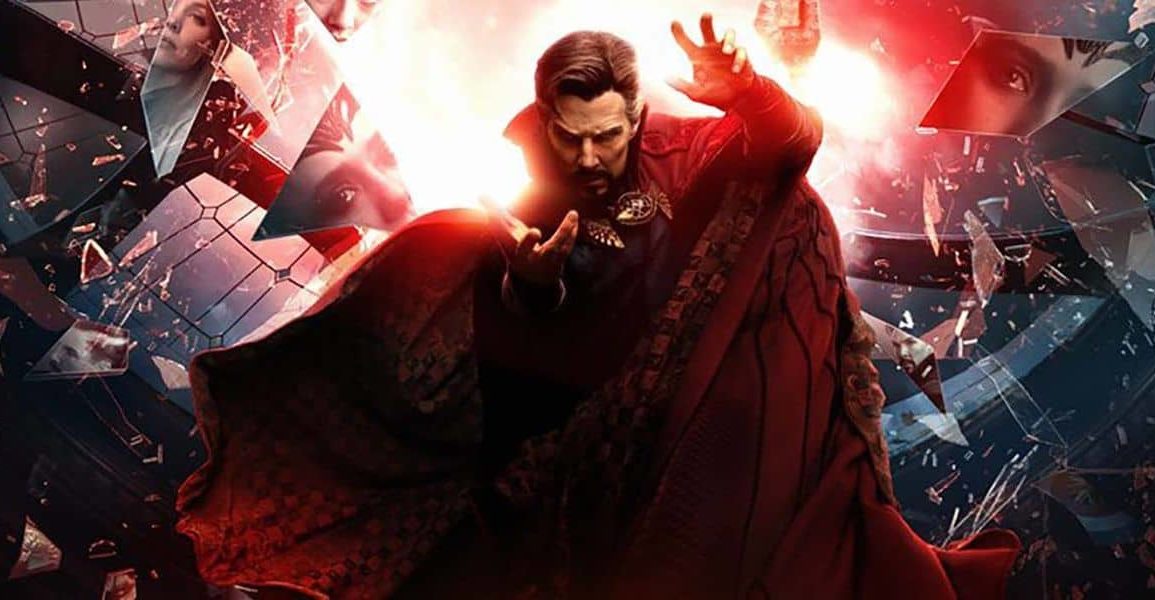 REVIEW: ‘Doctor Strange In The Multiverse Of Madness’ — Welcome Back, Classic MCU!

Phase 4 for the MCU began with the release of the long-delayed “Black Widow.” It was then followed by the releases of “Shang-Chi And The Legend Of The Ten Rings,” “Eternals,” and “Spider-Man: No Way Home.” Although they were good movies, none of them blew me away (yes, that includes “No Way Home”). If you also take into consideration all of the Marvel shows that were released on Disney+, I was very concerned about the future of the MCU and thought maybe Marvel’s glory days ended with “Avengers: Endgame.” After seeing “Doctor Strange In The Multiverse Of Madness,” I’m happy to say that my faith has been restored.

Even though I really enjoyed “Doctor Strange In The Multiverse Of Madness,” I have a feeling not everyone is going to have the same experience. I won’t get into spoilers, but I think some people will love the direction they went with some characters, and some may be quite upset. This movie seems like it will satisfy Marvel fans more than your regular moviegoer. It helps if you have some knowledge of past movies, but I would say that it’s probably essential that you have seen “WandaVision.”

A warning to parents with young children: this is the darkest Marvel movie yet and can be quite scary, graphic, and disturbing at times. This movie almost crosses into the horror genre. It still has its fair share of humor, but there comes the point where the humor is just gone.

I absolutely despised “WandaVision” and was never a fan of Elizabeth Olsen as Wanda. But without a doubt, Elizabeth Olsen steals this movie. She gives one of the greatest performances in a Marvel movie and maybe her whole career. I was really impressed with just how much she added to this movie and was blown away each time she was on the screen. Benedict Cumberbatch also did a fantastic job and showed why he was always the perfect choice to play Doctor Strange. I liked the first Doctor Strange movie but didn’t love it. I always felt that Doctor Strange was better when he played a side character or as part of a team, such as when he was in “Thor: Ragnarok,” “Avengers: Infinity War,” and “No Way Home.” But I would say that this movie proves that Doctor Strange has a lot of potential and is important to the MCU. For me, this sequel was way better than the first.

The film isn’t perfect by any means. There is one character I felt was either not well written, or it could be that the part was miscast, and they played a major role in the movie. At times, the CGI is just plain awful. Some monsters and demons take you out of the movie because they look like a bad 90s movie. And at some point, Doctor Strange himself looks incredibly fake. The last third of the movie was the worst part; maybe they had written themselves into a corner, and it was hard to come to a satisfying conclusion without making certain decisions.

There have been rumors and potential leaks of certain superheroes and celebrity cameos that could appear in this movie. Fortunately, they were highly exaggerated. Even though there are a few, they don’t hijack the movie.

As with most Marvel movies, there are two after-credit scenes. One occurs just as the mid-credits end, and that scene is quite meaningful and introduces an important character from Doctor Strange’s comic book history. The other scene occurs after all the credits have completely ended, and it’s a minor comedic bit. I wouldn’t bother with that one, and by the time you get home, you will probably have found it on the internet.

“Doctor Strange In The Multiverse Of Madness” feels like a true MCU movie. I really can’t say that about the other movies that we have seen far from Phase 4 in the MCU. There are some great performances in this movie, especially by Elizabeth Olsen, and quite a few surprises too. This movie gets dark, and it makes that change within minutes of the start. Some kids, and maybe some adults, may have problems with some characters and specific scenes. I wouldn’t say this movie makes it into the top five of MCU movies, but it is nowhere near the bottom either.

I give “Doctor Strange In The Multiverse Of Madness” an 8/10.