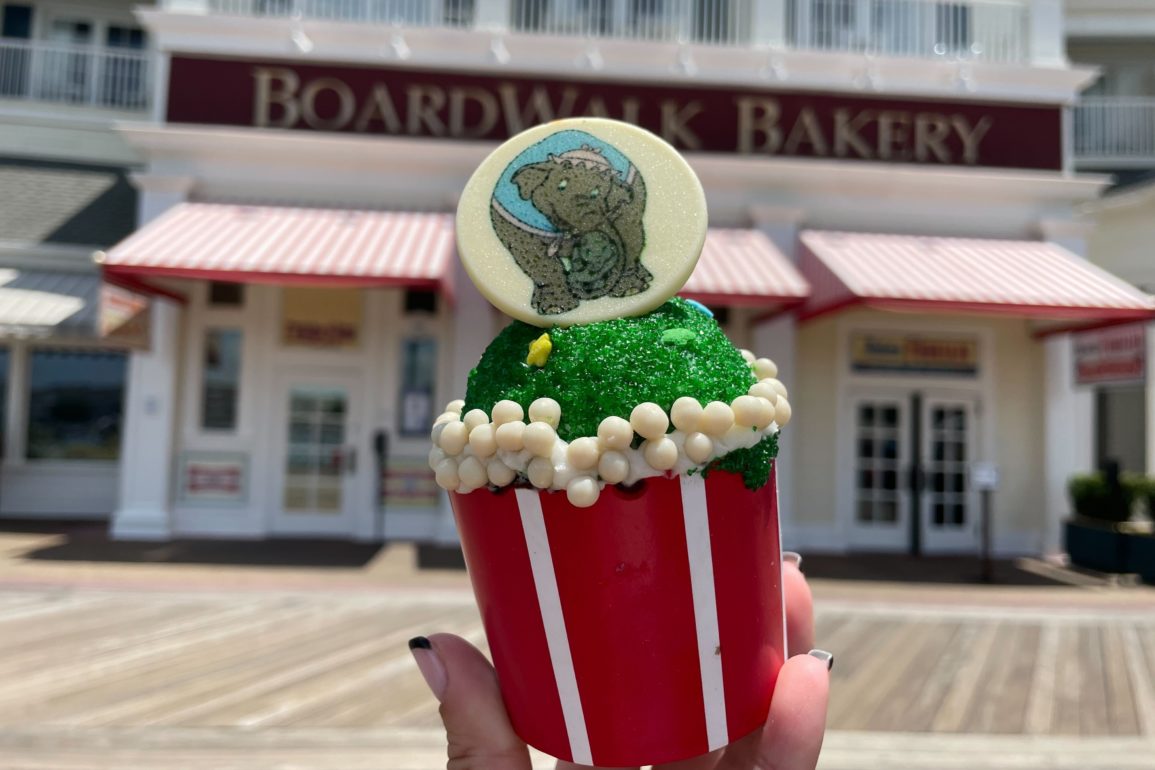 Mother’s Day is just around the corner, and with it has come a new lineup of special treats to celebrate all the mothers out there. BoardWalk Bakery at Disney’s BoardWalk is getting in on the fun with a new cupcake themed to Mrs. Jumbo and her child, Dumbo.

As far as appearances go, this is a cutely-themed cupcake. The pearls and the paper give the appearance of a bucket of popcorn, giving a nod to the circus setting of “Dumbo.”

Meanwhile, the chocolate medallion is covered with green sugar to suggest a grassy hill.

The medallion is held up with an extra dollop of buttercream frosting.

This is your typical Disney cupcake. It’s nothing overly special, despite its appearance.

The chocolate cake is light and moist, while the peanut butter filling is a little on the heavy side. It would have been better if it was “whipped” more or had a buttercream texture. This was more like a dollop of peanut butter was placed in the cupcake. Because of the thickness, it was harder than normal to cut through it.

The vanilla buttercream is sweet and helps to break down some of the peanut butter overload in the middle. The crisp pearls are just for texture and crunch, as they taste like nothing. The medallion on top is white chocolate, which is fine.

Overall, this was just okay. It’s decent enough, but nothing we would go out of our way to get, and probably not something mom would be head over heels for as a Mother’s Day gift.