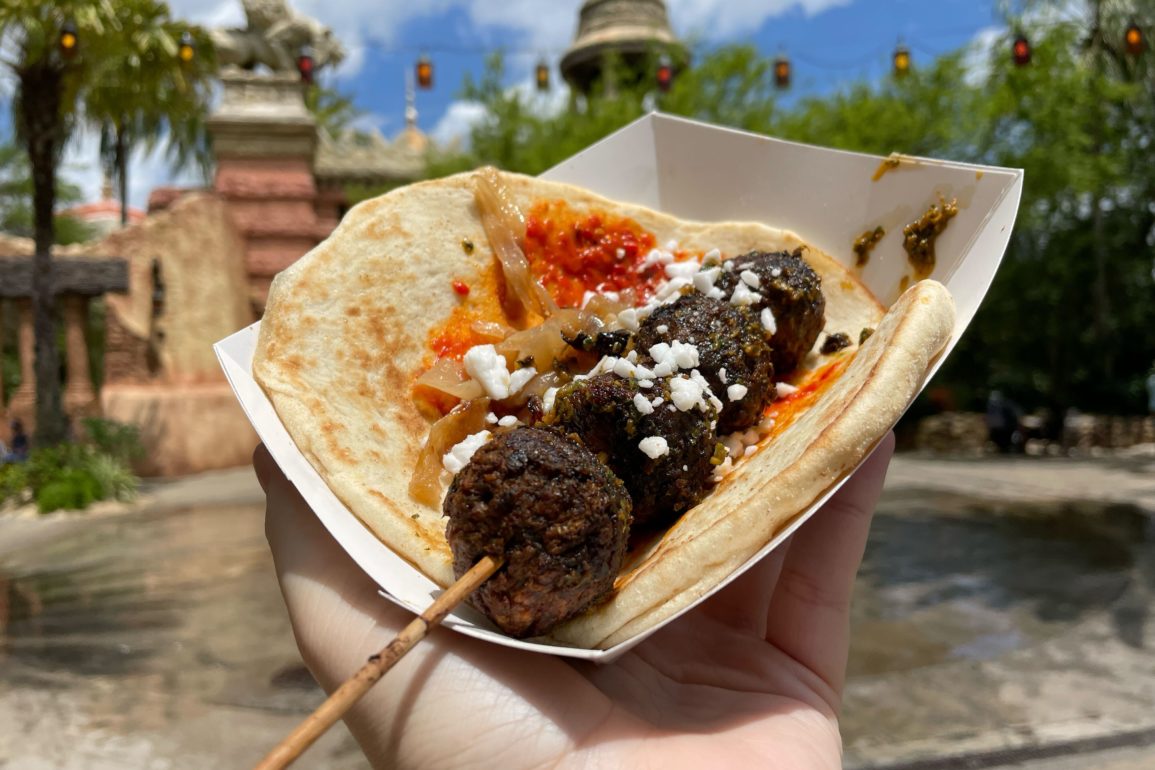 REVIEW: Vegan Meatball Kebab is a Satisfying and Spicy New Addition to Doc Sugrue’s Kebab House in the Lost Continent at Islands of Adventure

We’ve been seeing a lot of new vegan offerings popping up around the Universal Orlando Resort, and now you can find a vegan meatball kebab at Doc Sugrue’s Kebab House in the Lost Continent. After reviewing the latest vegan offerings in the Wizarding World, we were excited to try this brand new kebab!

The vegan meatballs are brushed with a chermoula marinade and served on a soft, delicious pita bread with vegan Feta crumbles, caramelized onions, and ajvar sauce. They’re also served with a bag of pita chips on the side.

Almost every plant-based item we’ve ever tried at Universal Orlando has been a hit, and this is no exception. With just one bite, we were surprised by how much flavor was packed into this pita. The vegan meatballs were a little dry, but they were delicious. The sweet caramelized onions and spicy ajvar sauce saved the meatballs, and each bite was better than the last. We didn’t really notice the vegan Feta because the ajvar sauce takes over this dish. The meatballs had a nice zesty seasoning to them as well. Overall, this is a hearty, spicy dish that will satisfy all guests.

Not only was this a tasty meal, it was extremely filling. These kebabs are a unique offering here in the Lost Continent and worth venturing out for.