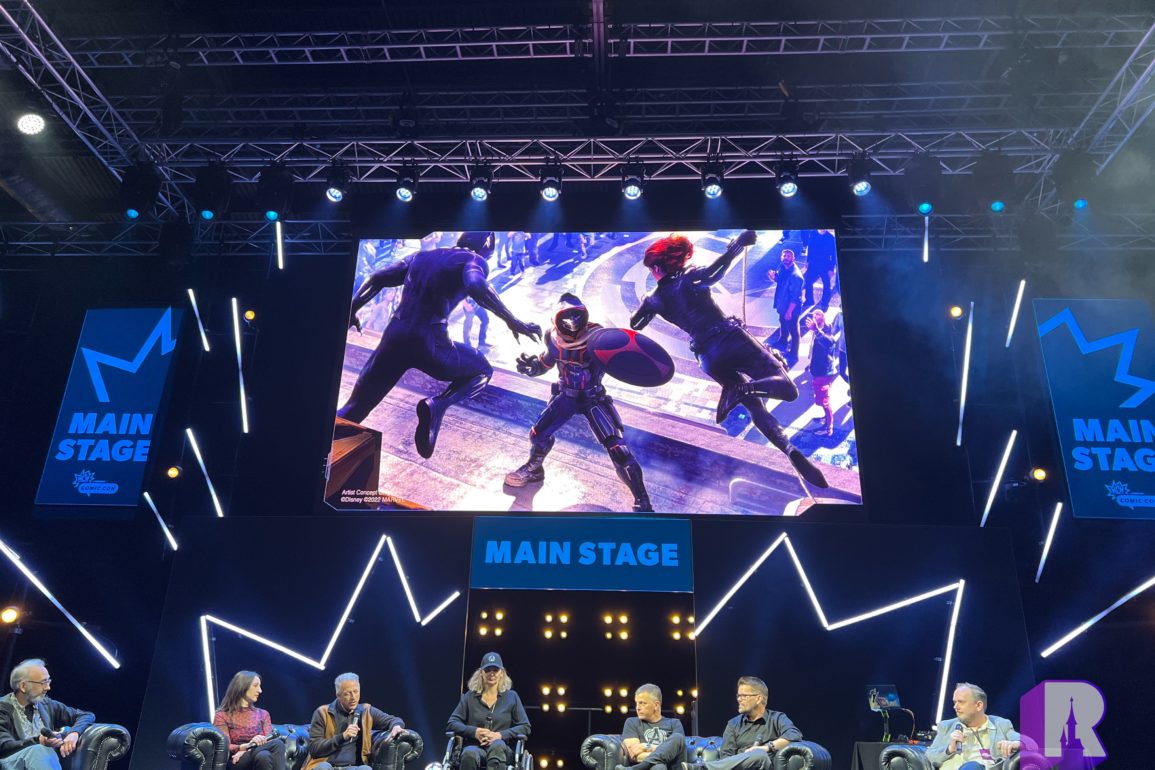 At the Walt Disney Imagineering panel of MCM London Comic Con, Imagineers announced that the rooftop show of Avengers Campus in Disneyland Paris will be called “Avengers Unite.”

DLP Report shared a photo including concept art from the panel. The concept art shows Black Panther and Black Widow fighting Taskmaster atop Avengers Headquarters, with guests watching from below.

According to DLP Report, the show “will happen in an organic and immersive way, integrated into the land’s story!” It will be similar to the stunt show presented at Avengers Campus in Disney California Adventure.

Avengers Campus will open at Disneyland Paris on July 20, 2022. Read more about the character experiences coming to the land.

Are you looking forward to seeing “Avengers Unite” at Disneyland Paris? Let us know in the comments.