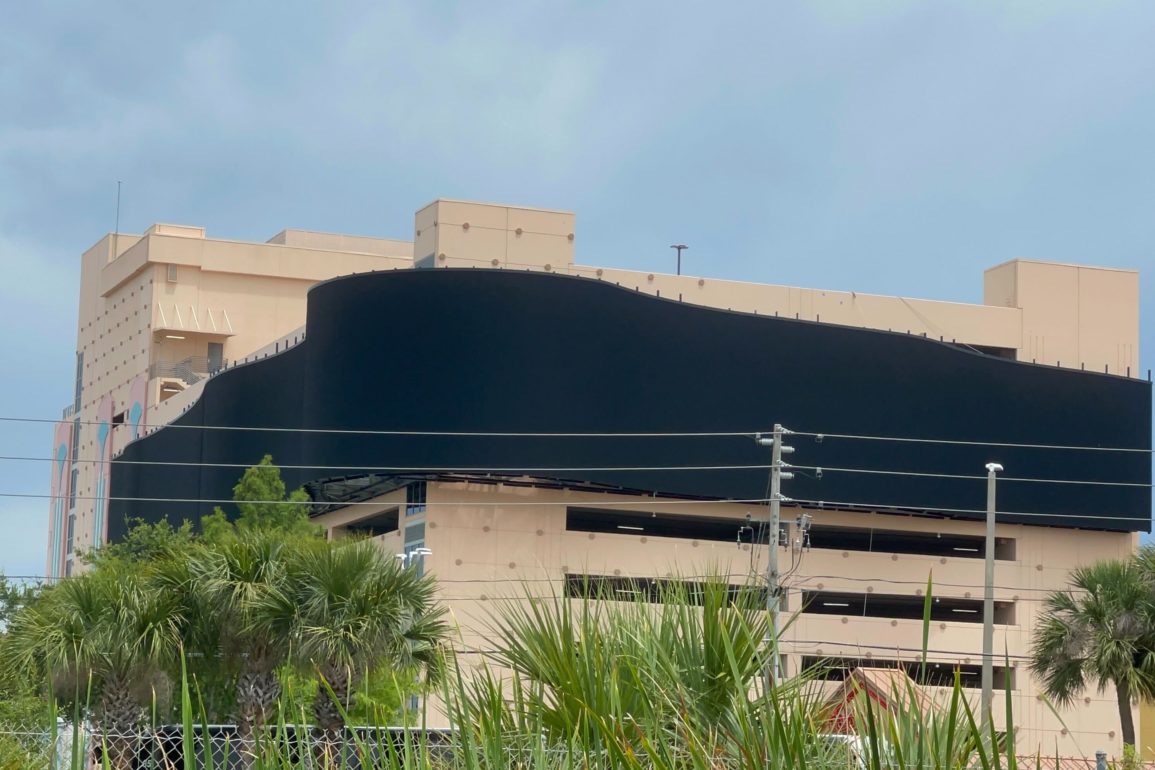 The ribbon-like screen for a Walt Disney World art installation has now been completely installed on the Hollywood Plaza parking garage on I-Drive.

The screen has not yet been turned on, so is only black right now.

We parked to take a look at construction of the store.

The store will be on the corner of the building, which has a strip of shops beneath the garage.

It is currently surrounded by tall construction walls.

There are a few tinted windows that look into the store.

We caught a glimpse through one of the windows. We could see a silver castle silhouette against the back wall of the store, firework-like lights on the ceiling, and lots of empty shelves.

The dots that run along the sides of the building are supposed to be lights.

The store will open on May 31 and the art installation will presumably be operating by then too.