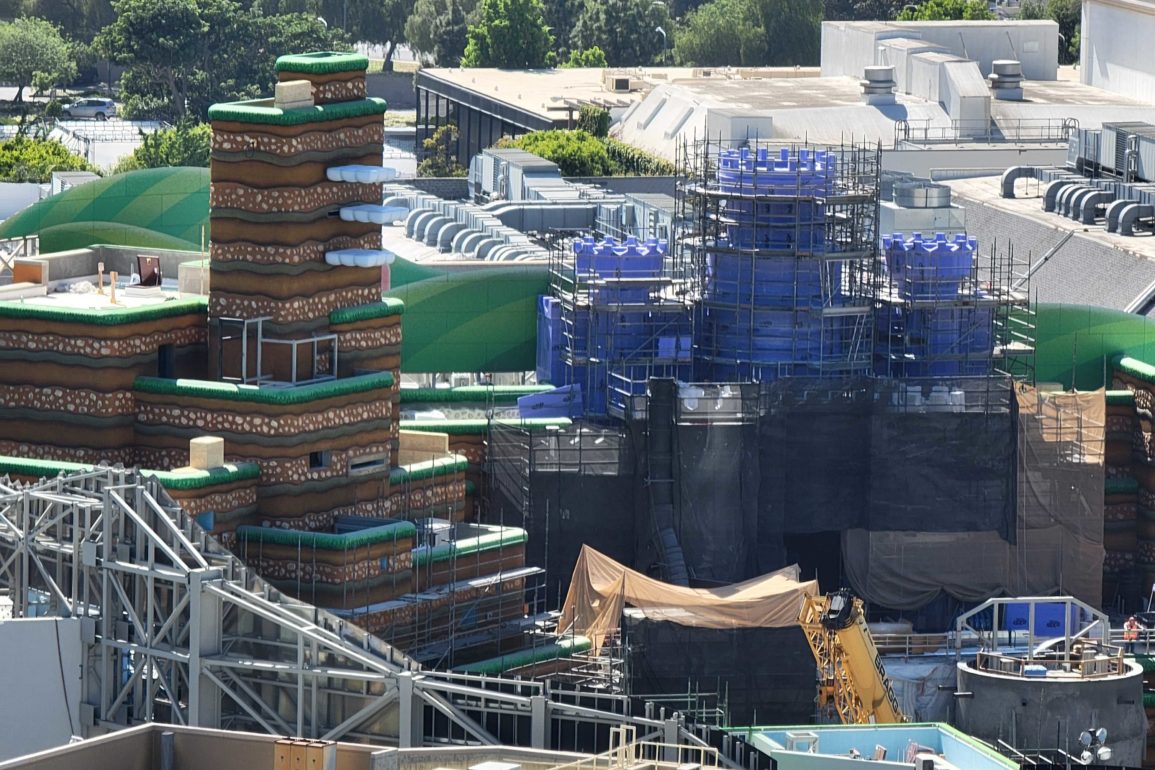 Themed elements have slowly been installed and uncovered throughout Super Nintendo World at Universal Studios Hollywood. Bowser’s castle, however, has remained mostly untouched for the last few months. Finally, we’re seeing some progress on the villain’s fortress.

Construction of Super Nintendo World is visible from the escalators between Universal Studios Hollywood lots.

Last month, the pyramids at the center of the above photo were uncovered.

Near the entrance to the land, we can see a steel tower. Several small elements are covered with translucent tarps.

Scaffolding has mostly been removed from around the pyramids and the walls beneath them.

The walls are now almost entirely themed with paneling resembling grass, dirt, and clay. We can see a restrooms sign near the ground level.

More blue weather-proof sheathing has been installed on Bowser’s castle, and black tarps hang across the front of it.

Scaffolding has also been removed from Mount Beanpole.

We can get a better view of some areas from this vantage point.

It seems work is well underway on the tunnel entrance. We can see several walls of blue weather-proof sheathing.

The shape of Bowser’s castle is much more obvious now, with three distinct towers and ramparts.

From here, we can also see cloud platforms on the front of Mount Beanpole.

An American flag was briefly atop the mountain, but removed soon after.

Watch a construction update video below.

Are you excited to visit Super Nintendo World at Universal Studios Hollywood? Let us know in the comments!