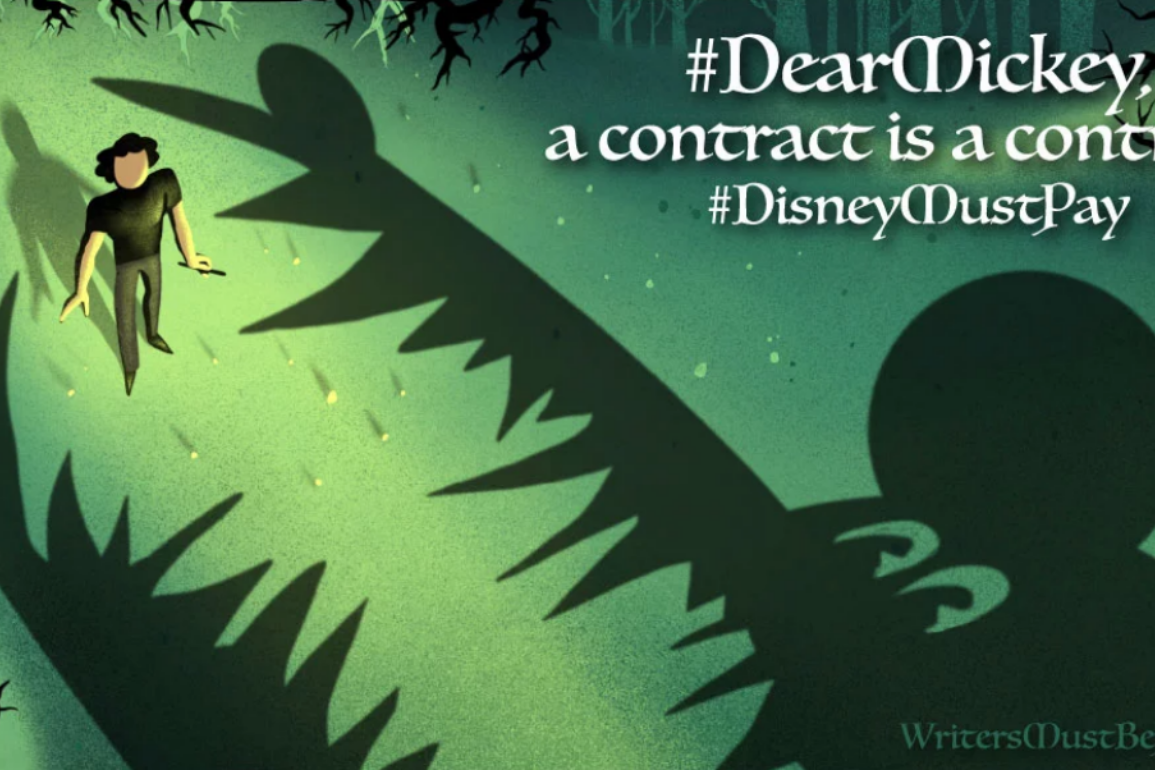 Michael Hiltzik has published a column in the Los Angeles Times about Disney continuing to cheat many writers, including those who wrote “Star Wars” novelizations, out of royalties. We first reported on this issue when it came to light in 2020, after Alan Dean Foster posted an open letter stating he had not received any royalties for the “Star Wars” novels he penned in the 1970s since Disney had acquired the franchise.

Foster also stopped receiving royalties for his “Alien” novels after Disney acquired Fox. He said at first he thought, “Well, they’re not earning much right now, and there will be a consolidated royalty statement when there’s enough money to make it worthwhile.”

Foster eventually had his agent, Vaughne Hansen, investigate. According to Foster, Disney told Hansen that “they had acquired the properties from Fox and Lucasfilm, but they didn’t acquire the obligations.”

While Disney has since paid Foster, many writers are still struggling to get through to the company.

A task force of the Science Fiction and Fantasy Writers of America (SFWA), as well as the Writers Guild East and West and other creator organizations, are compiling information about and bringing awareness to the issue at writersmustbepaid.org and with the Twitter hashtag #DisneyMustPay.

“This is wage theft and it’s very pernicious,” said Mary Robinette Kowal, a former president of the SFWA.

The task force has offered to provide Disney with the names and addresses of creators who are owed royalties. They have also suggested Disney add a portal and FAQ page to its website for writers attempting to file claims, but Disney has mostly ignored the task force.

“They say individual artists and agents have to contact them,” said Kowal. She added, “Disney gets away with this by using the exhaustion tactic. They wear people down.”

Disney’s legal obligation to the writers and artists isn’t necessarily clear as some contracts may allow for them to cancel royalties after acquiring a property. But the creators can’t necessarily afford to take Disney to court.

“For a freelancer, that’s significant,” Kowal said. “For Disney, this is pocket change. We want Disney to address this in a comprehensive way.”

Disney has not addressed the controversy beyond a simple statement last year: “We are carefully reviewing whether any royalty payments may have been missed as a result of acquisition integration and will take appropriate remedial steps if that is the case.”

Agents say Marvel Entertainment is the most cooperative of Disney’s subsidiaries when it comes to resolving payment gaps, but can still take a year or more to do so. Marvel has sometimes agreed to make payments based on their own standard incentive arrangement, which can be less than what was stated in the original contract.

“It’s not ideal,” one writers’ representative told Hiltzik, “but it’s better than not getting paid.”

Issues arise when comics and graphic novels are sometimes compiled into larger issues. Jerry Prosser penned the 1992 graphic novel “Aliens: Hive.” It was then republished last year in an “omnibus” by Marvel. Prosser wasn’t told about the collection but happened to learn about it.

“I reached out to Marvel every way I could think of and got no response,” he said. He paid an agent a 15% commission to reach out to the company on his behalf and they eventually gave him a suitable sum, but “they made me work for it.”

He added that because he paid an agent a commission, “I got 15% less than I would have gotten if they just answered my emails, but without her, I probably wouldn’t have gotten a nickel.”

Many contracts set a sales floor of 10,000 copies before royalties kick in, but with popular ongoing franchises like “Star Wars,” that shouldn’t be an issue.

“These franchises are ongoing,” former SFWA president Michael Capobianco said, “so these books will stay in print basically forever. These books have slow but steady sales.” Capobianco’s late wife Ann Crispin wrote three “Star Wars” prequel books about Han Solo and royalties are still due to her estate.

“Some authors have just given up,” Kowal said, “because Disney puts up roadblocks and makes people jump through hurdles.”

Disney has even told some authors that they stopped receiving royalties because the company doesn’t have their address. But as Kowal pointed out, “They tell that to authors they’ve sent author copies of books to, so clearly they have their mailing addresses.”

Literary agent Alice Speilburg says the problem is partially due to “misorganization and miscommunication.”

“But there’s also pushback,” Speilburg said. “It’s too much trouble [for Disney] to find all these authors. So although they know this is happening, they’re not taking the initiative to put these authors in the system.” The sequence of licensing and relicensing has produced a “no man’s land where no one is taking credit for being the person who has to pay the writer.”

At a 2020 news conference, Kowal said, “If we let this stand, it could set a precedent to fundamentally alter the way copyright and contract operate in the United States. All a publisher would have to do to break a contract would be to sell it to a sibling company.”