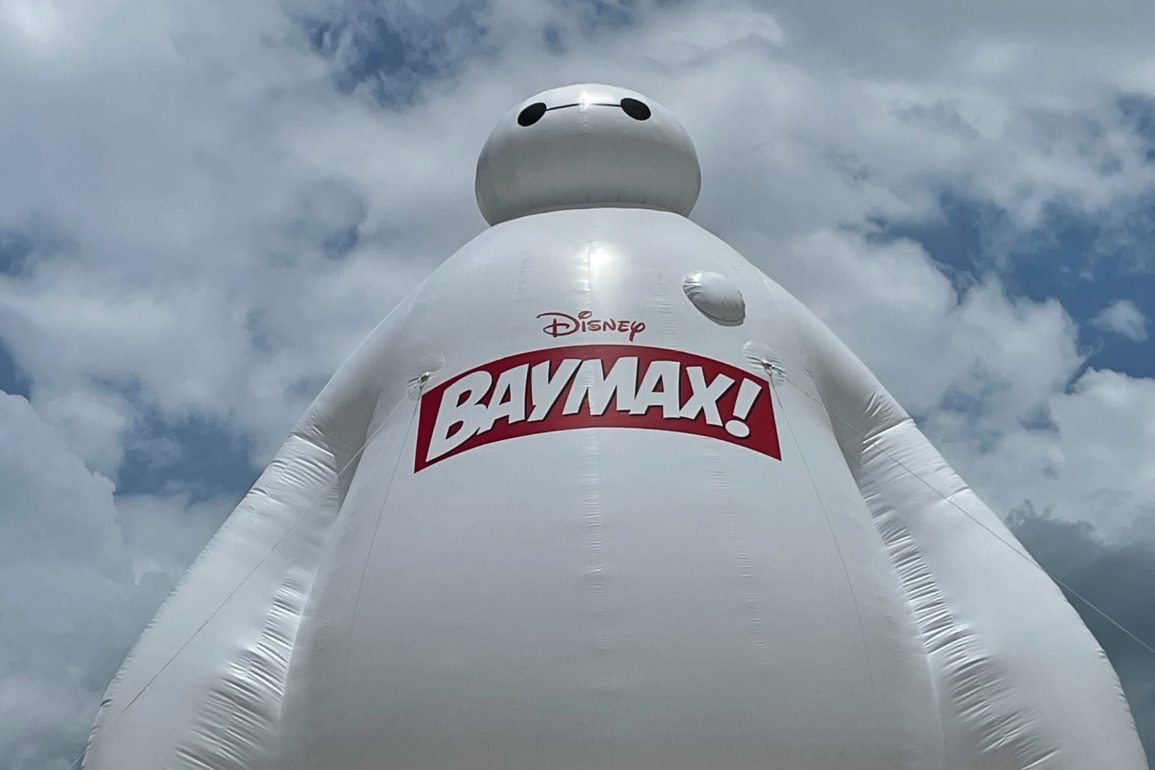 Walk, don’t run (you could hurt yourself!), to Disney’s Hollywood Studios. A massive inflatable Baymax can be seen at the park’s entrance, spreading the news of the “Baymax!” series coming to Disney+ on June 29.

Baymax is near the Skyliner station and Friendship Boats dock.

The enormous “Baymax!” inflatable is roughly 50ft tall. He will be at Disney’s Hollywood Studios until July 16.

He looks like he would give an awesome fist bump, fa la la la!

The red block that acts as his base has the Disney+ logo on each side.

A “Baymax!” billboard can also be seen in the nearby parking lot.

Well, what do you think? Is the Baymax inflatable a fun promotion or an unsightly addition? Leave us a comment!

Previous
REVIEW: ‘Back to the Future’ Fruit Punch and Lemonade Hoverboard Whoopie Pies from the Summer Tribute Store at Universal Studios Florida