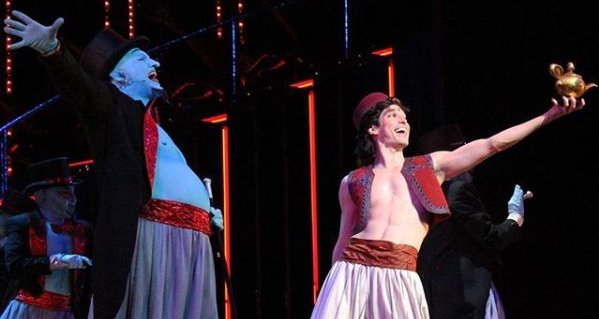 ‘Aladdin: A Musical Spectacular’ Actor Billy Kametz Passes Away at 35

Billy Kametz, who portrayed Aladdin during the last year of “Aladdin: A Musical Spectacular” at Disney California Adventure, passed away at the age of 35 this week from colon cancer.

Kametz got his break as an actor on Disney Cruise Line and later moved to California, where he was offered the role of Aladdin in the stage show. He performed at the Hyperion Theater in Disney California Adventure until the show closed in January 2016.

He was mainly a voice actor, including in the English versions of several anime series. Among dozens of other roles, he voiced Ren in “Pokémon,” Josuke Higashikata in “Jojo’s Bizarre Adventure,” and Nicolo in “Attack on Titan.”

In lieu of flowers, his family asks fans to donate to the Colon Cancer Coalition. Fans can also leave a message in the guest book on his obituary page or on the funeral home’s website.

Our condolences are with his friends and family.