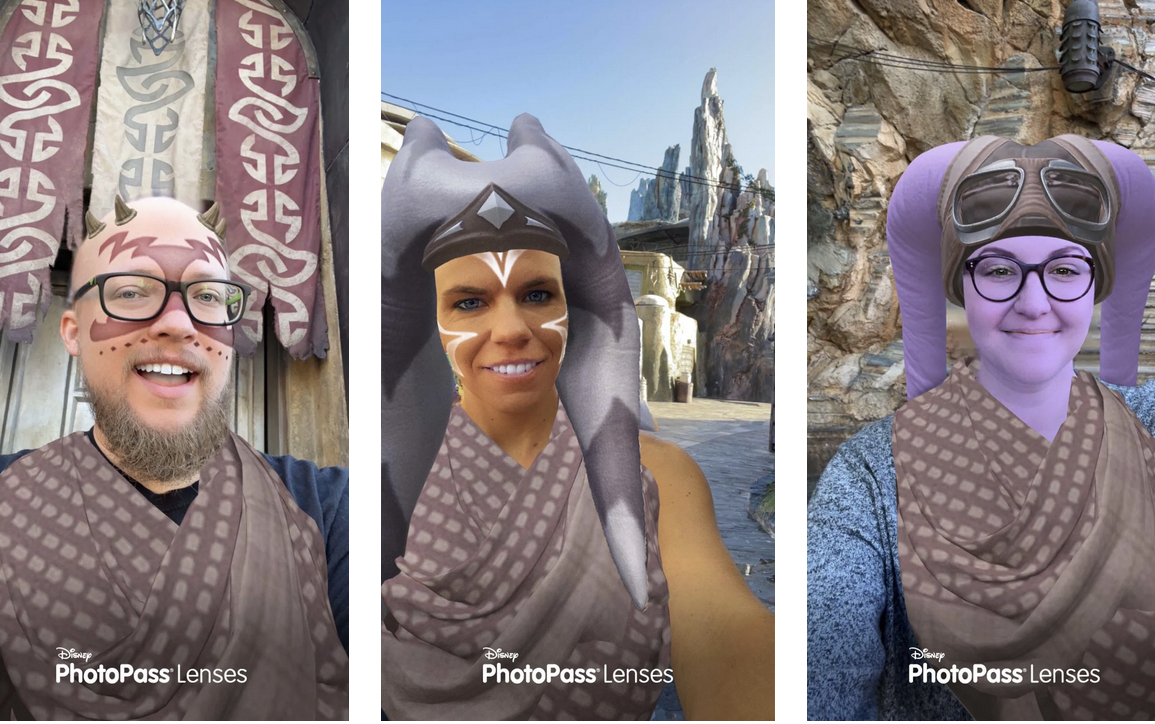 Disney announced at Star Wars Celebration that a new AR lens would be coming soon to Star Wars: Galaxy’s Edge at Disney’s Hollywood Studios. The lens has now launched and we have a closer look at the options.

The first option allows guests to turn themselves into a Zabrak, Twi-lek, or Togruta wearing a brown scarf, just like a regular Batuu citizen.

The second option puts guests in dark clothing of the Empire, just like the Inquisitors seen in “Obi-Wan Kenobi.”

Through June 7, the lens is available for free at home or in Star Wars: Galaxy’s Edge via the Snapchat app.

Starting June 8, the lens will only be accessible at Star Wars: Galaxy’s Edge in Disney’s Hollywood Studios through the My Disney Experience app with the purchase of Disney Genie+. Check out some other AR lenses available through Genie+.