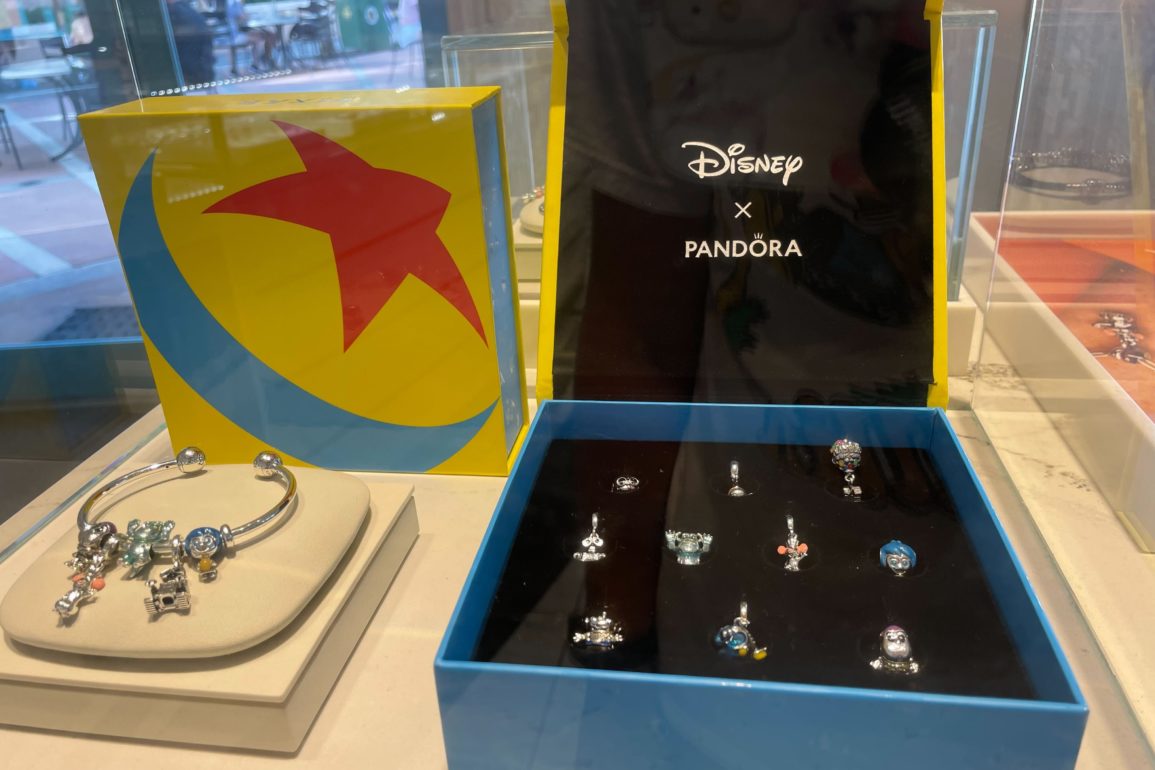 Walt Disney World guests can currently get a complimentary collector’s box for their Pandora charms with a purchase of three Pixar charms. We saw this deal ongoing at Legends of Hollywood in Disney’s Hollywood Studios, but it may be available at other jewelry stores throughout the resort, too.

Signs show off the box, which is mostly yellow with blue sides. It features the famous Pixar ball with a red star on top.

The gift offer began on June 10 and is available while supplies last.

Examples of the keepsake box and Pixar charms are on display.

The interior of the box is black velvet, with the Disney and Pandora logos inside the lid.

There are indents inside the box for up to ten charms.

Check out some of the Pixar charms by Pandora you can put in this box.

Will you be taking advantage of this complimentary gift with purchase? Let us know in the comments.