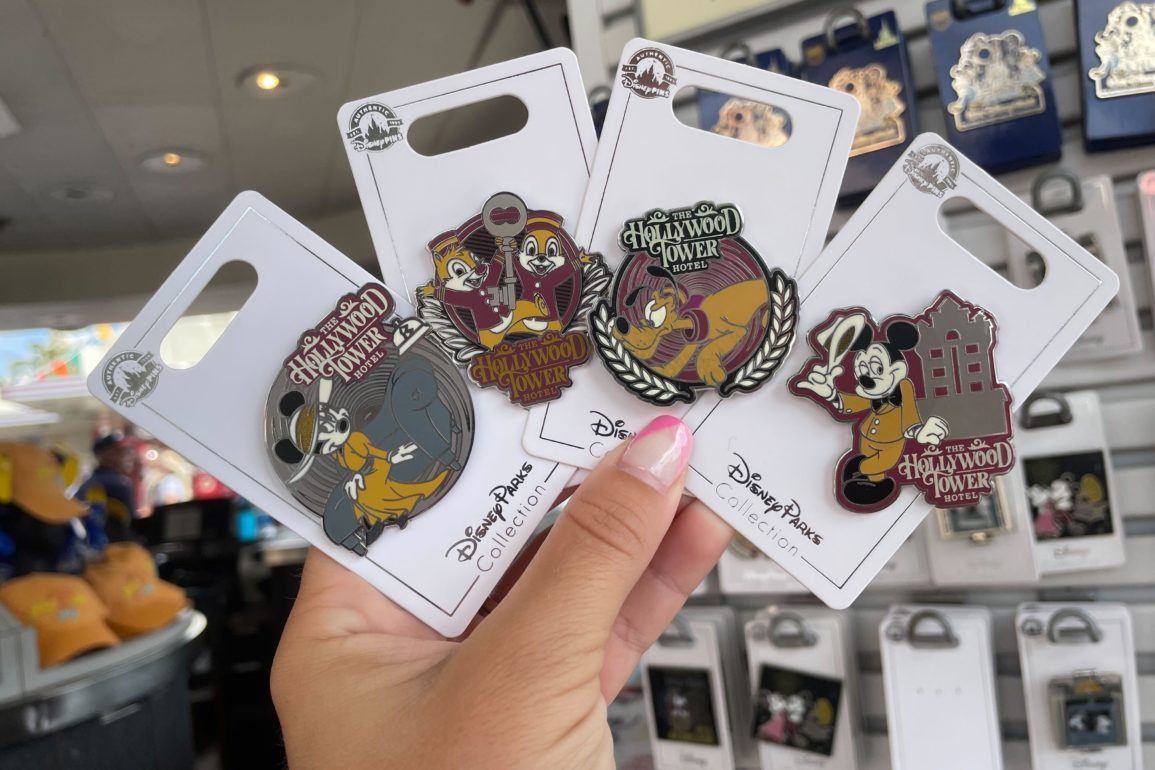 A new line of pins inspired by The Twilight Zone Tower of Terror is available at Walt Disney World. These pins all say “Hollywood Tower Hotel” (in a font we have never seen related to this ride before) instead of the attraction’s full or shortened name, most likely to avoid licensing fees from CBS.

There are six new pins in the line and we found them at the Crossroads of the World kiosk.

This first pin resembles the famous Tower of Terror elevator in a stone wall.

The center spins to show either Donald or Goofy, dressed in red bellhop uniforms.

The front of this pin shows a frustrated bellhop Donald in front of the elevator doors.

It unfolds to reveal more images against a maroon background.

The logo for the Hollywood Tower Hotel is at the top.

Mickey and Minnie are lounging on the center piece.

Chip and Dale, also dressed as bellhops, are holding a silver key on this pin.

“The Hollywood Tower Hotel” logo is below them.

Pluto, wearing a bellhop hat, is in front of a spiraling portal to the Fifth Dimension.

Minnie is wearing an elegant yellow dress and white hat, lounging on a grey couch.

“The Hollywood Tower Hotel” logo and a hotel bell are above her.

Finally, Mickey matches Minnie in a yellow suit and white fedora. The silhouette of the Hollywood Tower Hotel and the logo are next to him.

Will you be collecting any of these new The Twilight Zone Tower of Terror pins? Let us know in the comments.

Check out the Tower of Terror AR lenses available through Genie+.