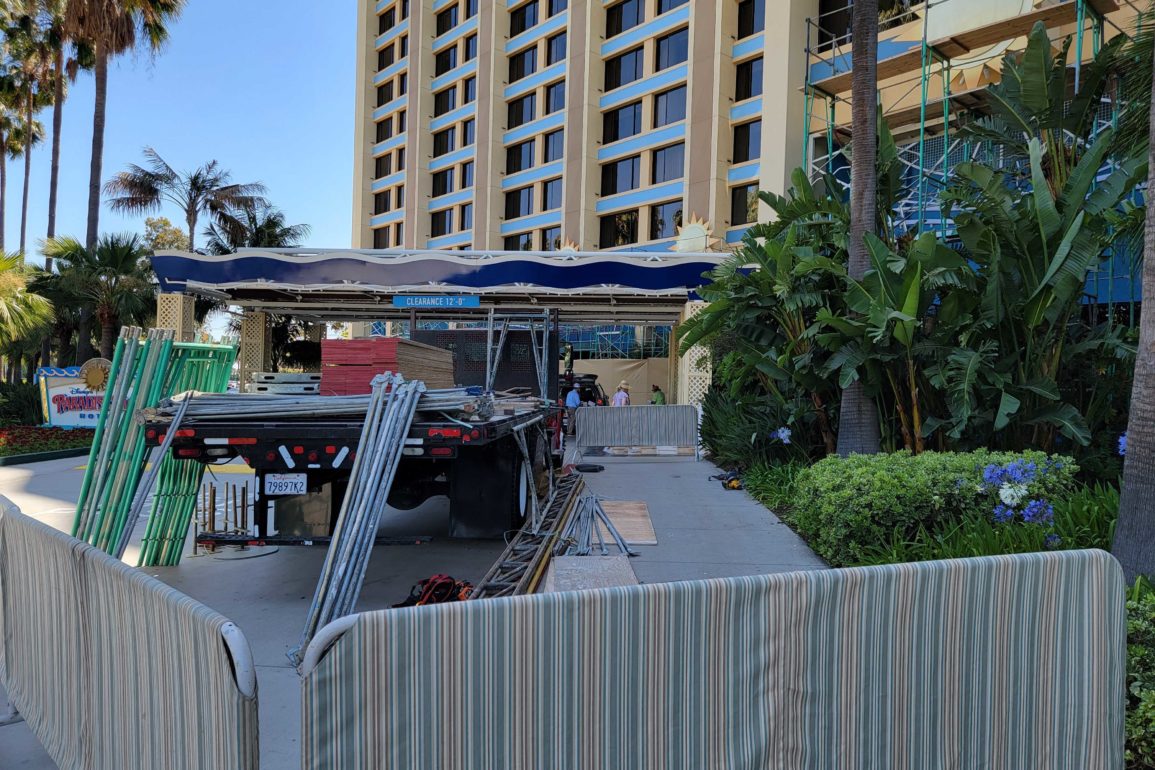 The entrance is located next to the walkway leading to Disney’s Grand Californian Hotel & Spa. Like the Paradise Pier entrance, it’s open exclusively to guests staying at the hotel.

Unlike the walkway, the entrance veers to the right instead of going straight through.

Over by the hotel, work is underway on refurbishing the hotel’s façade. A flatbed truck was parked near the porte-cochere. Metal poles are stacked around the site.

Currently, scaffolding is up along the walls, reaching past the artwork on the lower windows.

The focus seems to be the sun pieces above the large windows. They subtly resemble the Sun Wheel as it appeared from 2001 to 2008. It was later transformed into Mickey’s Fun Wheel in 2009, and the Pixar Pal-A-Round in 2018.

During the transformation into a Pixar-themed hotel, the suns will be replaced with the yellow, red, and light blue ball famous from the studio’s shorts. They can be seen in the concept art below:

Underneath the scaffolding, the walkway is covered by a canvas “tunnel.” It remains open to guests during the refurbishment.

No timeframe for the transformation has been announced, though it’s possible the hotel will remain open during much of the work.

Are you excited to stay in the new Pixar-themed hotel once its transformation is complete? Let us know in the comments below!