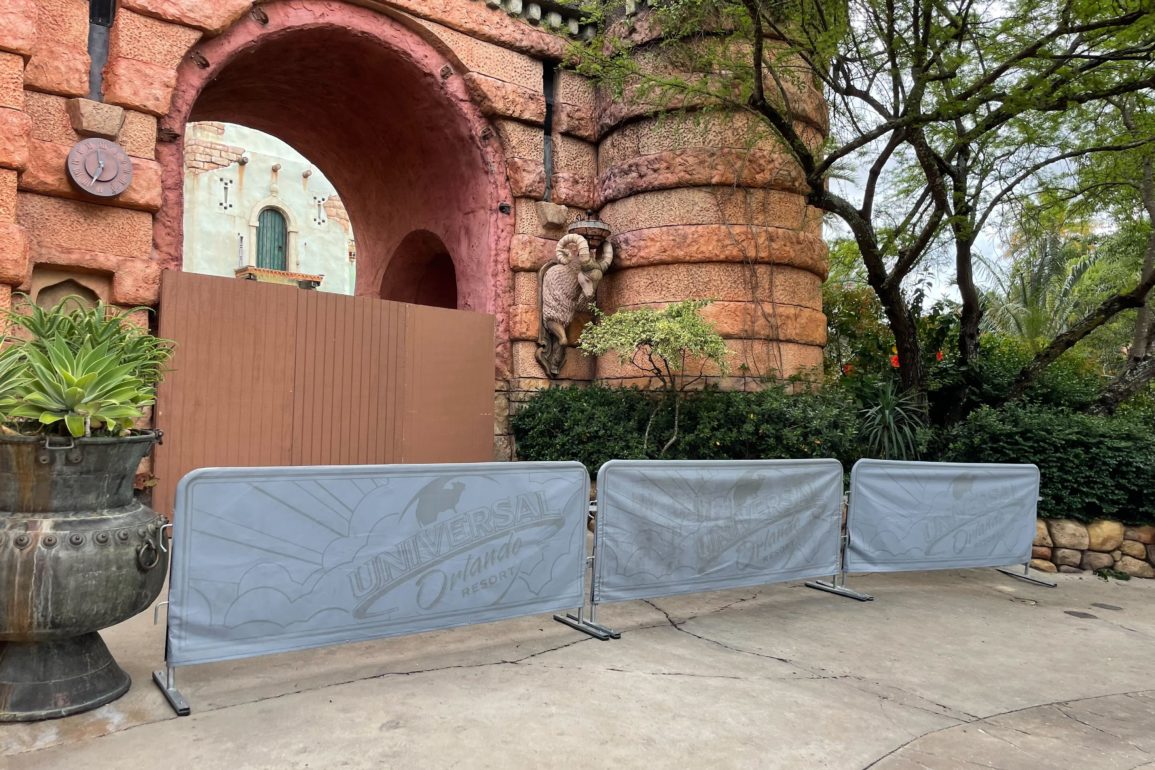 A construction wall and barriers are up at the entrance to the theater that previously housed The Eighth Voyage of Sindbad Stunt Show.

The Eighth Voyage of Sindbad Stunt Show closed in 2018. The theater was used as a U-Rest area in 2020, but has otherwise remained closed.

A brown wall is across the theater’s entrance archway.

A clock for showtimes still hangs next to the archway, but there is no attraction sign.

We can see where the sign used to hang, thanks to hardware still stuck to the wall.

Grey Universal Orlando Resort-branded fabric barriers are in front of the wall.

We could just barely see black tarp attached to the wall, extending through the archway.

Universal Orlando Resort has not announced a replacement for the show.