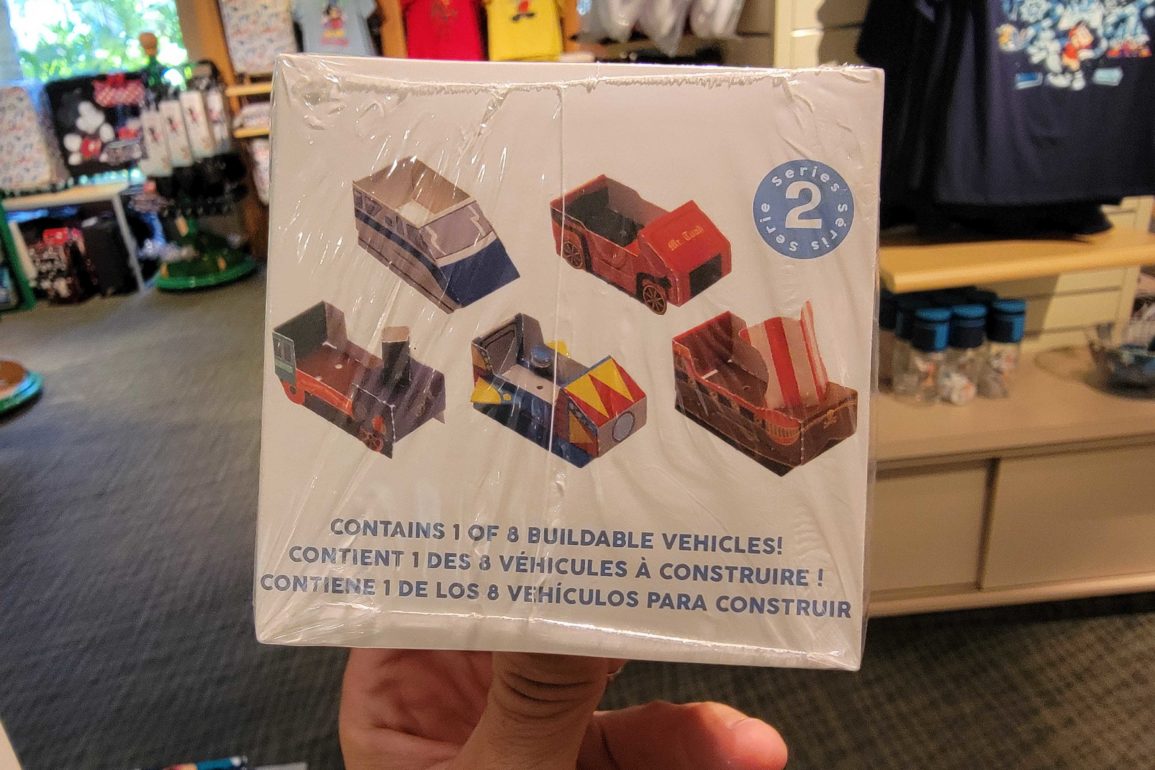 Over a year after series one was released, series two of the Park Pals Collectabuilds has arrived at Disneyland Resort. These mystery boxes include one figurine plus a surprise attraction vehicle that can be built using the box. We found them at Mickey in Paradise at Disney’s Paradise Pier Hotel.

The series 2 box features Minnie Mouse peeking up from the bottom.

There are 12 collectible character figures in this series. Mickey, Minnie, Stitch, Simba, and Pascal were all included in series one, but appear in series two with different colors or expressions.

The Mickey figure has a surprised expression. The Minnie figure is in her blue polka-dot dress, pink bow, and pink shoes. Stitch is grinning. Simba has a red puff of fur on his head. Pascal comes in pink and blue. The series also includes two versions of the Cheshire Cat (one striped, one solid pink), Meeko the raccoon, Winnie the Pooh, Sulley, and Pinocchio.

There are eight possible vehicles. They have the same shapes as the builds in the first series, but different colors and designs, turning them into different park vehicles. There is Monorail Blue, Mr. Toad’s red car, a red and green train engine, an Astro Orbiter ship, and a Peter Pan’s Flight pirate ship.

Watch our unboxing and building of a train from the first Park Pals Collectabuilds series: