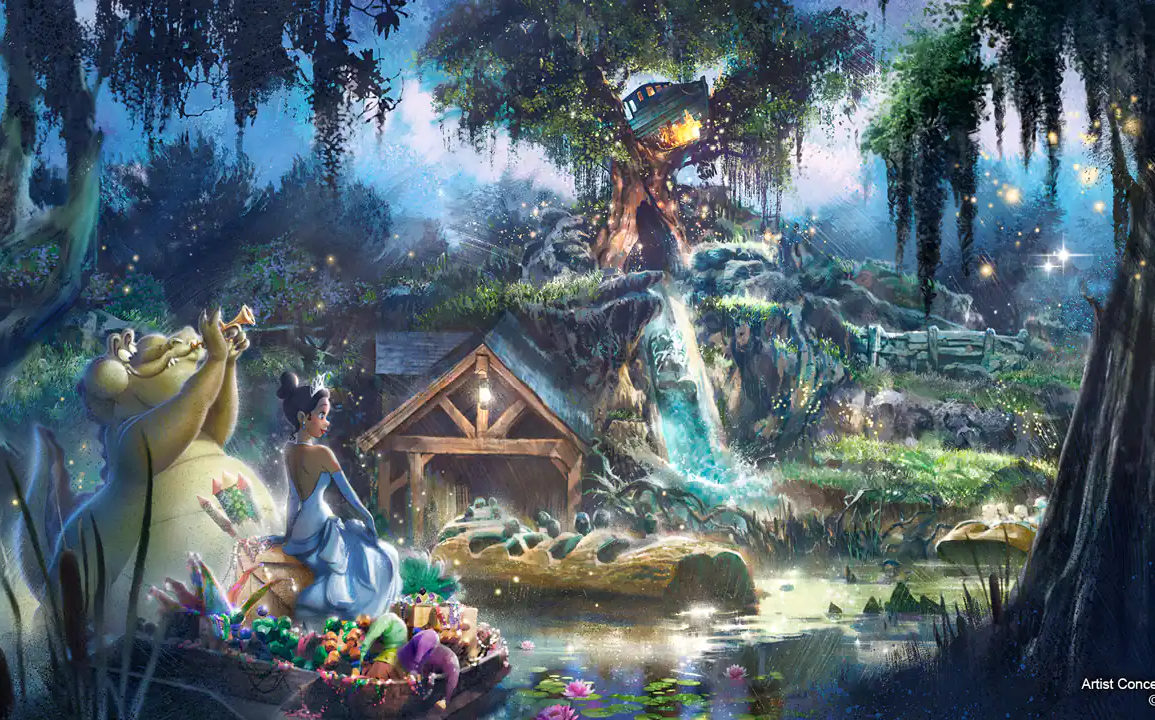 As we revealed earlier this month, Disney will be sharing more details on its upcoming “Princess and the Frog” overlay to Splash Mountain next month at the Essence Festival of Culture in New Orleans. We now have a look at individual panel schedules which lay out possible points that Disney could use to reveal more about the attraction.

A panel schedule for Disney’s presence at the Essence Festival of Culture in New Orleans shows a couple of possible points for Disney to slip in some information about the new attraction, particularly on July 1. At 2:30p.m., the “Tiana Reimagined” panel will showcase “news of ‘Princess and the Frog’, and reveal of Tiana’s new look,” which could of course point to the attraction overlay.

The attraction overlay was first announced in 2020, with a closure date for Splash Mountain at Disneyland and Walt Disney World still up in the air.

Are you interested in hearing more about the “Princess and the Frog” overlay? Let us know in the comments below!

Previous
“Say It With Pride: Disney+ Celebrates Pride 365” Comes Out on Disney+ YouTube and Facebook This June 30