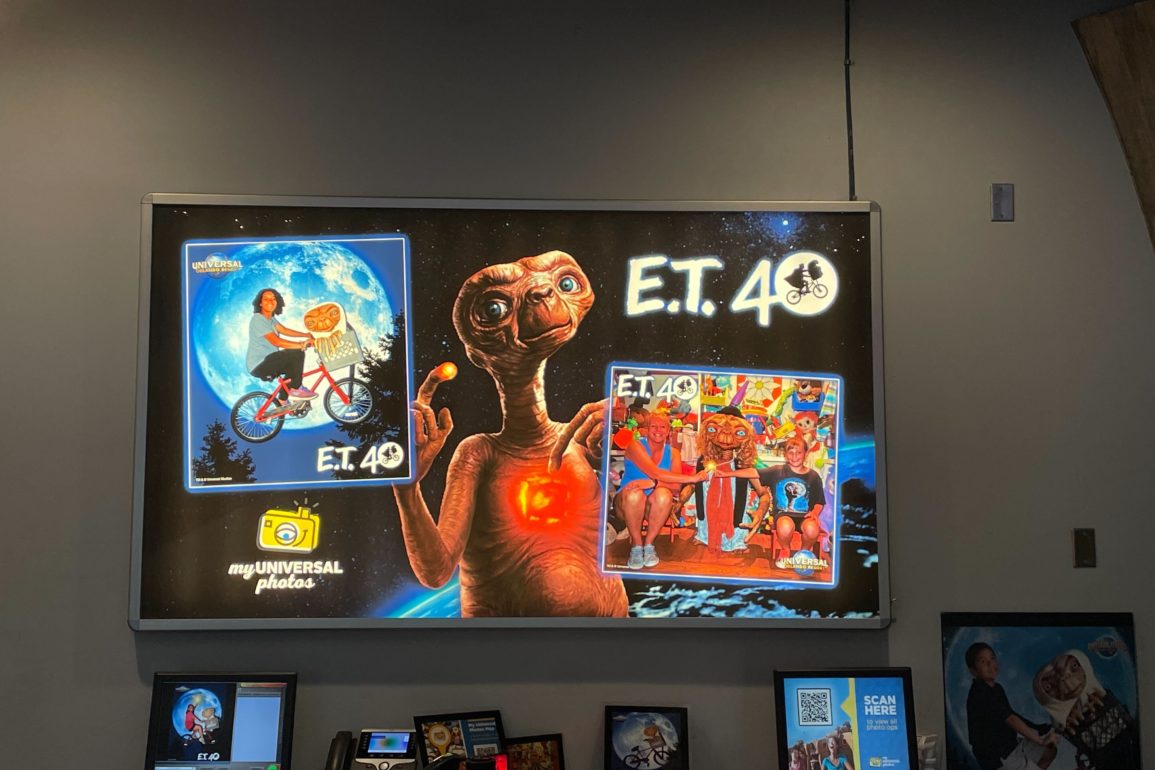 The photo ops in E.T.’s Toy Closet at Universal Studios Florida now have the film’s 40th anniversary logo on them.

At the photo ops, guests can sit on a bike with E.T. in a basket.

They can also pose with E.T. in a closet.

As the display shows, the final photos will say “E.T. 40” in the corners.

The zero in “40” is shaped like the moon, with the silhouette of Elliott and E.T. on the bike flying across it.

“E.T.” is returning to theaters this summer in honor of its 40th anniversary. Check out some of the new merch featuring E.T. at the summer Tribute Store.