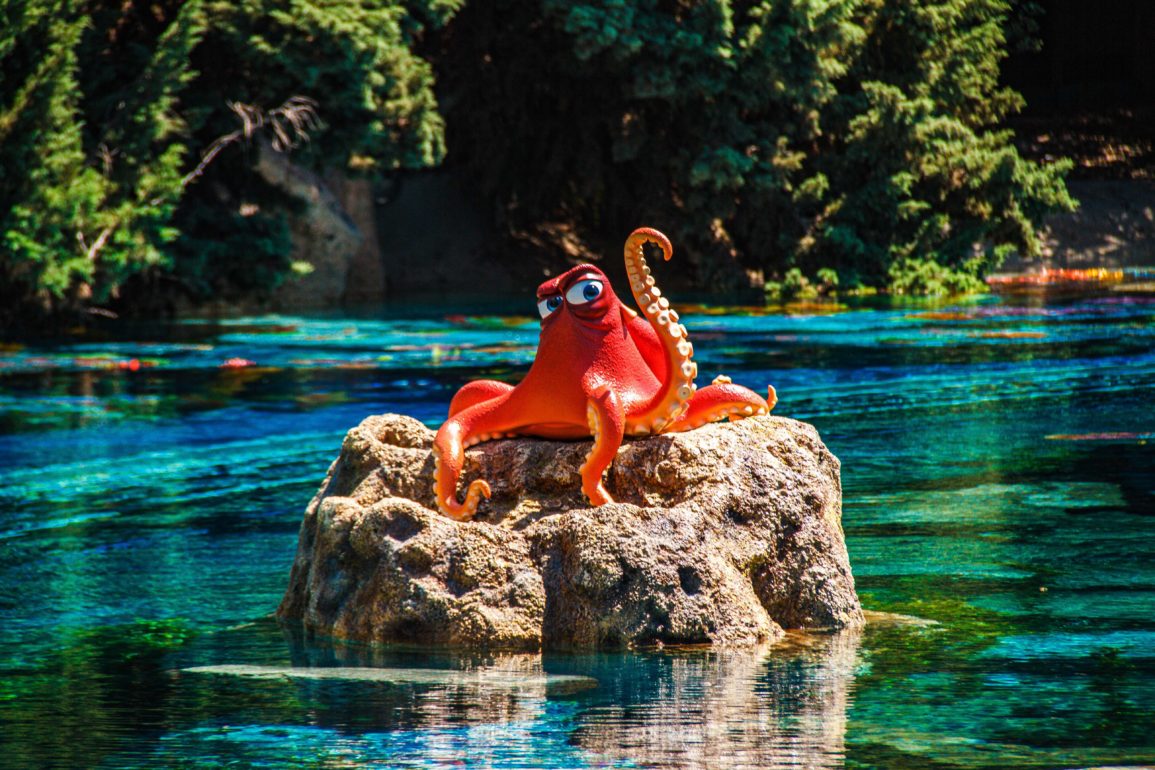 Disneyland announced yesterday that Finding Nemo Submarine Voyage would reopen on July 25, and also revealed a new figure in the attraction. Dory’s septopus friend Hank will now appear on a rock above the water.

We visited the attraction today to find that construction walls have been removed.

A sign in front of Finding Nemo Submarine Voyage says it will be “resurfacing soon.”

The lagoon was recently refilled after refurbishment.

Hank is on a rock near the Monorail track.

He has one of his seven tentacles lifted in a wave.

Are you excited to see Hank, plus the rest of the gang, when Finding Nemo Submarine Voyage reopens next month?