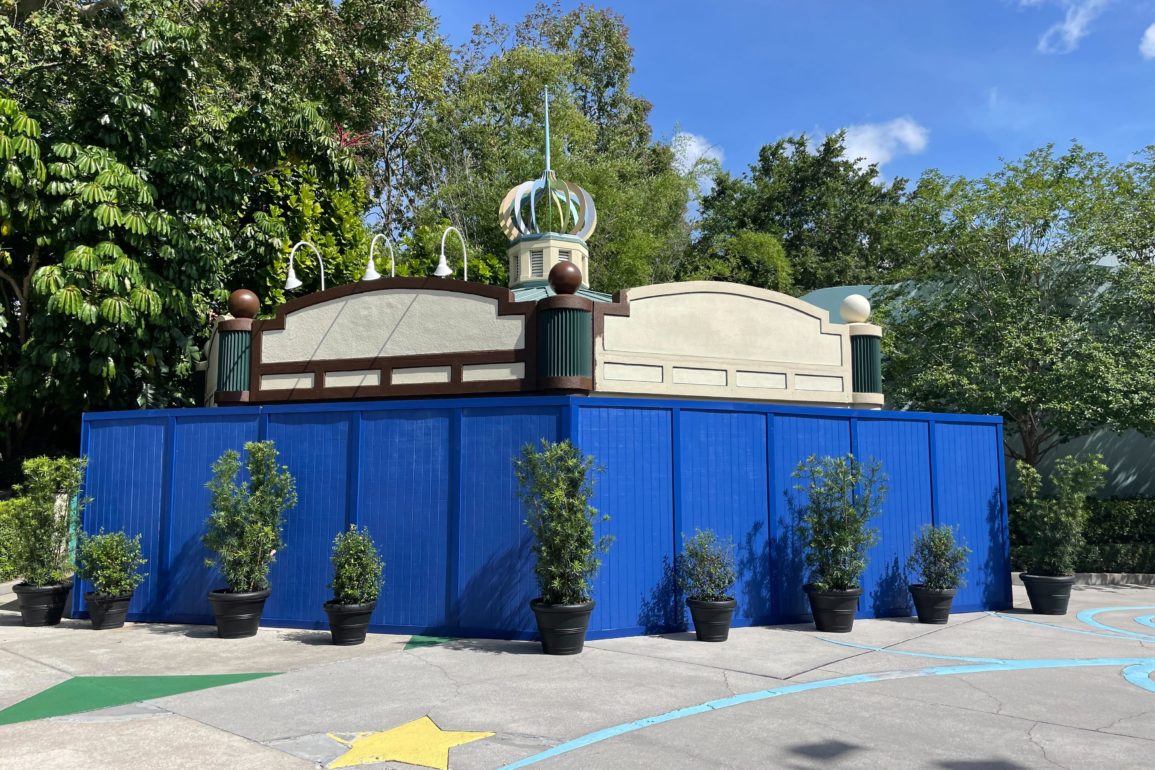 The meet-and-greet location for “Shrek” characters closed a few weeks ago, along with the Classic Monsters Café it was attached to. Universal announced Shrek, Donkey, and Fiona would move to a new location in Universal Studios Florida but did not specify where. We later noticed the stone planters from the old meet-and-greet outside the abandoned Barney Shop in Woody Woodpecker’s KidZone. Construction walls were then erected and now crews have begun painting the building.

The borders of one roof panel have been painted brown.

Most of the building is a sandy tan color.

The darker brown paint has been added to two decorative column pieces at two corners of the building, too.

The old Shrek meet-and-greet location was also brown and tan-colored, along with some stonework.

Painting began on the next roof panel.

Universal Orlando Resort has not yet announced that this will be the new meet-and-greet location for Shrek, Donkey, and Fiona, but it seems likely now that they’re fixing up the building. Hopefully, we won’t have to wait long to meet Shrek and his friends again.