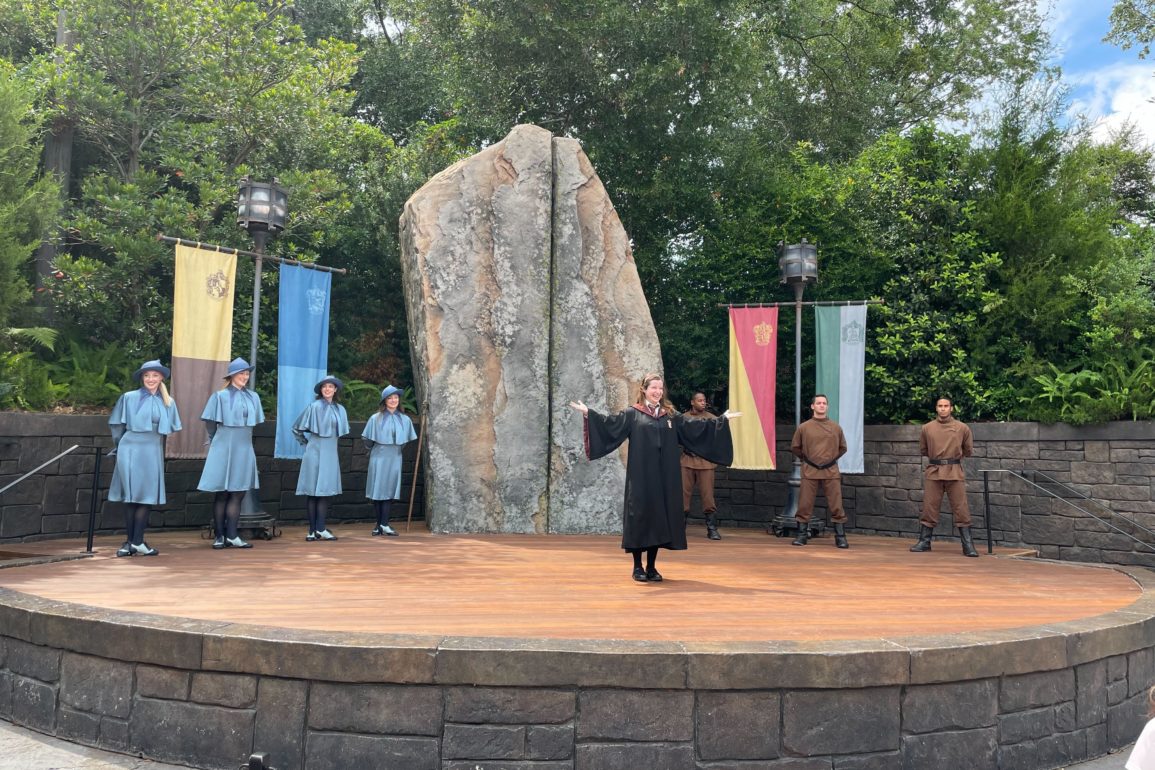 Hogsmeade Stage Reopens After Refurbishment at Universal’s Islands of Adventure

The stage in The Wizarding World of Harry Potter – Hogsmeade has reopened after a brief refurbishment in Islands of Adventure.

The stage is in the courtyard between Hogwarts and the street of Hogsmeade.

It has a tall stone and banners for each Hogwarts house sitting at the back of it. A chainlink fence keeps guests from directly approaching the stage.

While closed for its annual refurbishment, the Frog Choir and students from the Beauxbatons and Durmstrang schools posed for photos instead of doing their full performances.

We caught a full performance of the Beauxbatons and Durmstrang students after the stage had reopened.

Would you like to see bigger changes to the entertainment in Hogsmeade? Let us know in the comments below!