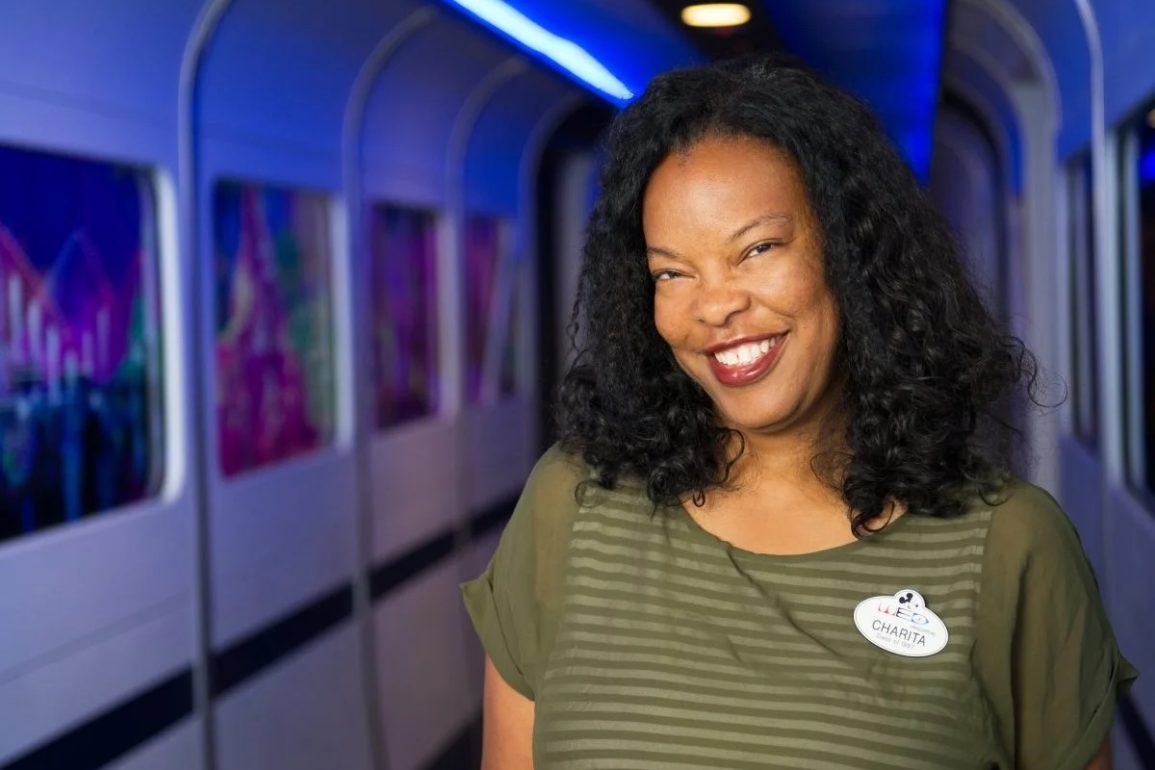 Essence has published a new profile piece about Charita Carter, the Imagineer leading the transformation of Splash Mountain into a “The Princess and the Frog” attraction. Carter spoke about her years at Walt Disney Imagineering and the pressure of designing new attractions.

Carter grew up 120 miles away from Disneyland, but visited with her family sometimes. As an adult, she worked as an accountant for another company across the street from Walt Disney Imagineering.

“We were subletting a building from the Disney company and we would hear all kinds of stuff happening across the street,” Carter told Essence. “There were flight tests and mockups and things exploding and water shooting up in the air, just all kinds of stuff. And I used to always wonder, ‘What in the world is going on over there?’”

Carter later applied for an accounting position at WDI. During the day of her interview, she heard about two individuals in the accounting department who were moving to the creative side of Imagineering. She had never heard of someone making a move like that and said it planted a seed for what her future could be.

Carter worked as an accountant for Imagineering for two years, then became a financial analyst for the creative division. In her new position, she was offered more and more creative opportunities. She helped update the effects of Snow White’s Scary Adventure — now Snow White’s Enchanted Wish — and Indiana Jones Adventure: Temple of the Forbidden Eye.

“People saw things in me that I didn’t even see in myself,” she explained. “And there were opportunities that were opened up where I was just constantly thrown into things And I had just made the decision, ‘I’m here for a reason, and there’s no need for me to hold back.’ So I would just lean into it and give it my all. And I discovered that I had not only a passion for creativity, but the talent for creativity.”

Carter was then asked to lead the team in creating Mickey & Minnie’s Runaway Railway, which replaced The Great Movie Ride at Disney’s Hollywood Studios and will open at Disneyland next year. It was not only replacing a much-loved attraction but was also the first ride centered on Mickey Mouse.

“It’s Mickey and Minnie, the very first attraction ride that we were doing with the icons of the company. No pressure,” she joked in the interview with Essence. “But it was a lot of fun because it was a big challenge and we knew the weight that it carried. There was a lot of confidence in the work that I had been doing with my team over the years, and we knew that we could pull it off. It worked out well.”

Now Carter is approaching a new challenge with a different kind of pressure.

“I am extremely honored to have this responsibility,” she said of the “Princess and the Frog” attraction, which will be the first to feature the Black princess. Carter herself is Black and knows how important the ride will be. “It’s hard work. And yes, I am nervous because I feel every day the weight of what it is that we are doing. But we have put together an amazing team of people. We are working with so many consultants and just really encouraging everybody who is touching this attraction to be curious, and to be humble and be open to learning, expanding on ways that we can tell this story.”

“We are building upon what was done with the animated film,” she added. “We’re telling a next chapter story. We have this beautiful opportunity to give the character of Tiana depth and a dimensional space. I’m honored and excited. And I just feel like, ‘Yes, I’m ready. Let’s do this.’”

The story of the ride, as announced last summer, will see Tiana, Naveen, and Louis on a journey to create a unique Mardi Gras party. It will feature new music and new characters. More details are to be announced at the Essence Festival of Culture in New Orleans next month.

“When I think about what this project means to my parents, there’s that aspect. And then when I think about the young people, there’s just the full gamut, multi-generational impact. We are taking our responsibility very seriously,” Carter said. “I feel privileged and honored to be in a driving seat where I can help influence the choices that we make because like I said, we have a big responsibility and we plan to deliver.”

An opening timeframe has not been announced for the new attraction, but Anika Noni Rose (the voice of Tiana) hinted it would open in 2024 at both Disneyland and Magic Kingdom. This has not been confirmed by Disney.