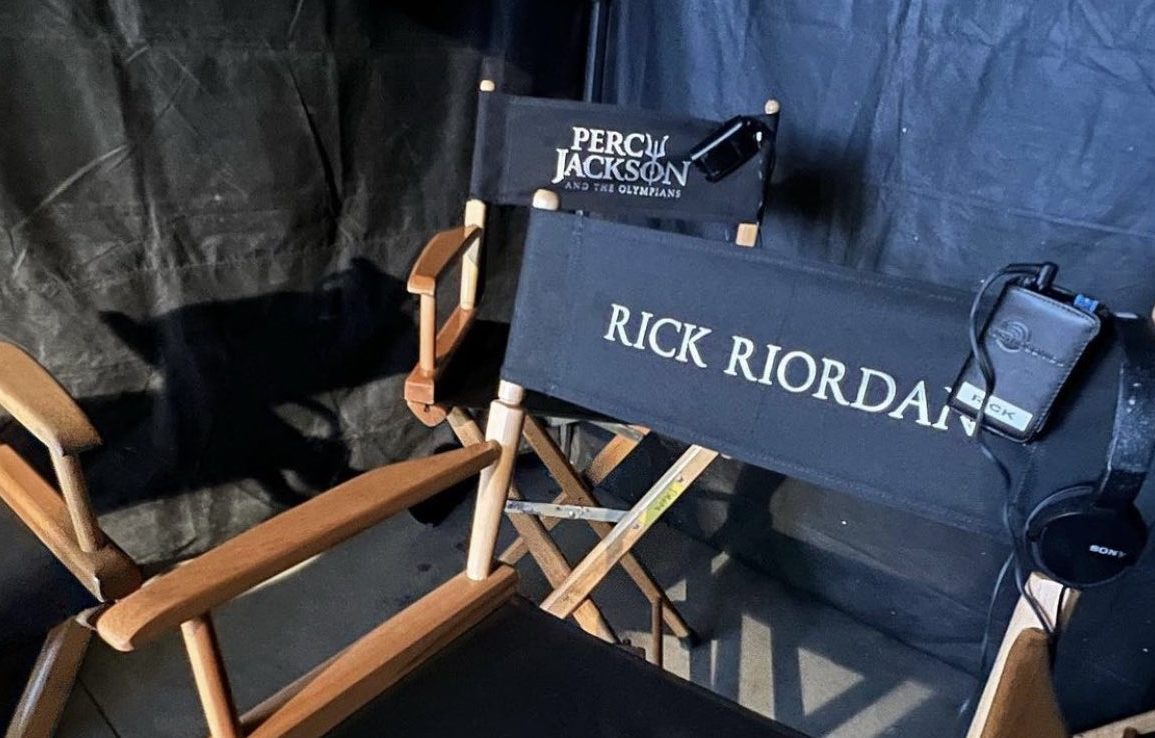 Rick Riordan shared the first photo from the set of the new Disney+ “Percy Jackson and the Olympians” series today.

Riordan, the author of the original “Percy Jackson” books and a writer for the series, posted a photo of his set chair. Another chair in the background has the “Percy Jackson and the Olympians” logo with a trident through the letters.

As production begins on the series, new cast members have been announced. Variety reports that Virginia Kull, Glynn Turman, Jason Mantzoukas, Megan Mullally, and Timm Sharp will all be recurring guest stars in the series.

Kull (“Super Pumped,” “NOS4A2,” “Big Little Lies”) will play Percy’s loving mother, Sally Jackson, who raised her son knowing that one day she would have to give him up to the dangerous world of the Olympian gods.

Turman (“Women of the Movement,” “The Wire,” “Ma Rainey’s Black Bottom”) will play Chiron, a.k.a Mr. Brunner. Chiron is a centaur and trainer of heroes. He disguises himself as Percy’s Latin teacher with the name Mr. Brunner.

Mantzoukas (“Brooklyn Nine-Nine,” “The League,” “The Good Place”) will play Dionysus, a.k.a. Mr. D, the Greek god of winemaking, theatre, and more who has been charged with watching over Camp Half-Blood.

Mullally (“Will & Grace,” “Party Down,” “Children’s Hospital”) will play Alecto, a.k.a. Mrs. Dodds. Alecto is one of the three Furies who disguises herself as Mrs. Dodds, Percy’s strict math teacher.

It was already announced that Walker Scobell would play the lead role of Percy alongside Aryan Simhadri and Leah Sava Jeffires as Grover Underwood and Annabeth Chase respectively.

Disney+ Dials Down Blood & Violence in One 'The Falcon and the Winter Soldier' EpisodeMarch 29, 2022
First Trailer and Poster for 'Moon Knight' Released, Disney+ Streaming Date AnnouncedJanuary 18, 2022
VIDEO: Lightning McQueen Replica Pulled Over, Officer Says It's Not Street Legal, But It is CoolFebruary 5, 2022