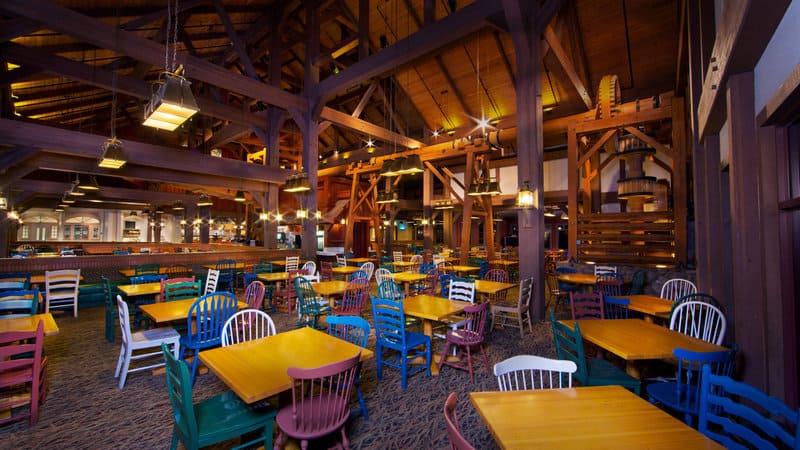 The following dishes have been removed from the breakfast menu:

Two new dishes have been added: Pancakes with Berry Compote and a Plant-based Mickey Frittata.

The following dishes have been removed from the menu:

Several new items have been added as replacements.

Shrimp and Grits joins the entrées.

The Impossible BBQ Market Burger was replaced by the simply-named Impossible Burger, which is topped with barbecued jackfruit, pickled slaw, and plant-based cheddar.

The garden salads have been replaced by Caesar and Greek Salads, both of which can be ordered with or without chicken.

And finally, for sandwiches, a new Plant-based Tuna Sandwich and a Ham and Cheese Sandwich are now available.

What will you try on your next visit to Disney’s Port Orleans Resort – Riverside? Let us know in the comments.