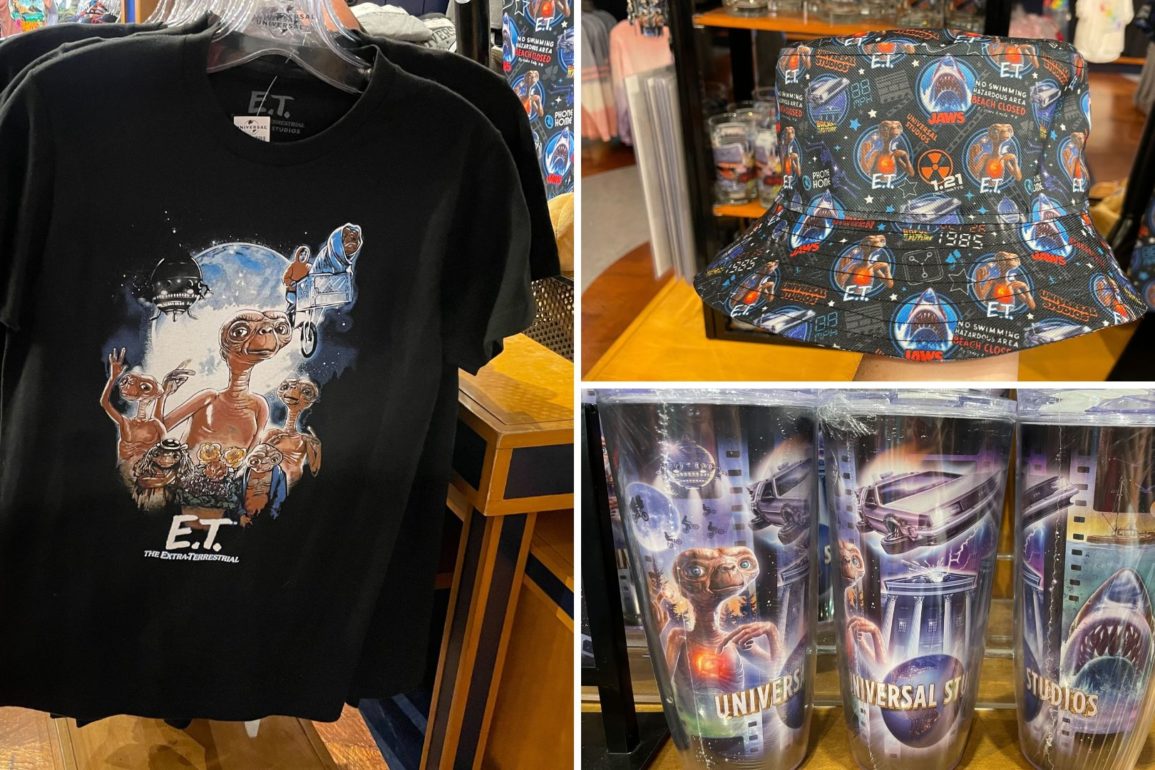 Another new “E.T.” shirt and more classic movies merchandise has arrived at Universal Orlando Resort. These match the new merchandise from the summer Tribute Store at Universal Studios Florida.

This shirt is black with images of E.T. on the front.

The moon is in the background, with E.T.’s spaceship hovering in front of it. Elliott rides his bike with E.T. in the basket to the side.

This simple black tee has E.T., the shark from “Jaws,” and the DeLorean from “Back to the Future” around the Universal Studios globe on the left breast.

The same icons from the three films are on the back, with more imagery, including the moon from “E.T.,” the clocktower from “Back to the Future,” and the boat from “Jaws.”

They are printed on three film strips with the Universal Studios globe.

This tumbler can be used with Coca-Cola Freestyle machines.

For $28.99, guests get the tumbler and free beverage refills all day throughout Universal Orlando Resort.

The tumbler features the same film strip design as the shirt.

This black bucket hat is patterned all over with images from “E.T.,” “Jaws,” and “Back to the Future.”

E.T., the shark, and the DeLorean are featured in circles.

“E.T.” and “Jaws” are both returning to theaters this summer.