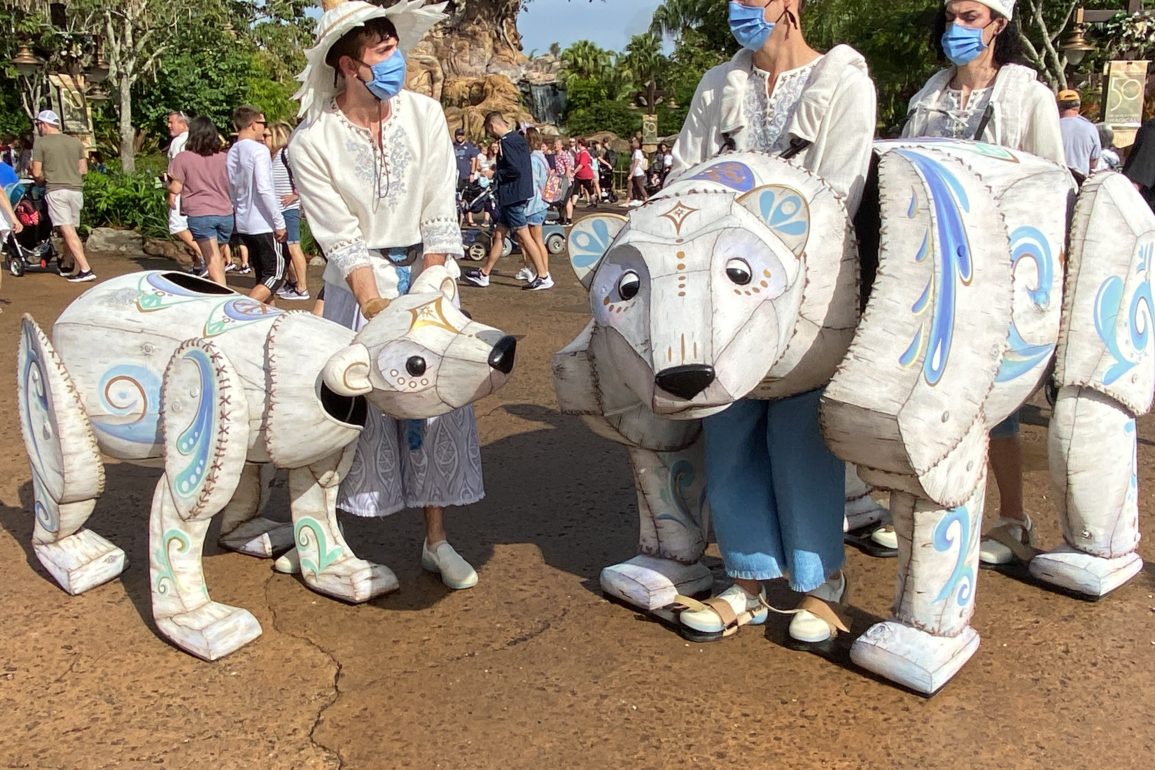 The holiday season at Walt Disney World will officially begin on November 11. We’re halfway there so Disney is announcing all of the holiday offerings returning this year.

Theme park icons will continue to become Beacons of Magic, but also celebrate the season with holiday projections.

Santa Claus will return to all four Walt Disney World theme parks. At Disney’s Hollywood Studios, he will appear in his own holiday motorcade, while he will wave to guests from a flotilla on Discovery River at Disney’s Animal Kingdom.

Santa will meet directly with guests at Magic Kingdom and Disney Springs. Last year, he only appeared for distanced meet-and-greets. Distancing has been removed from character meet-and-greets throughout Walt Disney World, but Disney did not confirm if kids would be able to sit on Santa’s knee this year.

Santa will also appear as part of the EPCOT International Festival of the Holidays.

Of course, holiday decorations will be all around Walt Disney World. The Disney Springs Christmas Tree Stroll presented by AdventHealth will return. Snow will also fall in the Town Center of Disney Springs. Some Walt Disney World resorts will display artisan-made gingerbread creations displayed — the exact resorts have not been announced.

The popular Merry Menagerie will be back on Discovery Island at Disney’s Animal Kingdom. Watch our video of the animal puppets below.

Over at Disney’s Hollywood Studios, Olaf will appear in the finale of “For the First Time in Forever: A Frozen Sing-Along Celebration.”

Holiday-themed Magic Shots will be available at all four Walt Disney World theme parks. A new Disney PhotoPass lens will also debut and there will be virtual holiday backdrops at the Disney PhotoPass Studio in Disney Springs.

The Holiday Cookie Stroll, a delicious scavenger hunt, will return to the EPCOT International Festival of the Holidays.

Next
Guardians of the Galaxy: Cosmic Rewind Coaster to Add Holiday Music Tracks for Christmas Ride Overlay at EPCOT