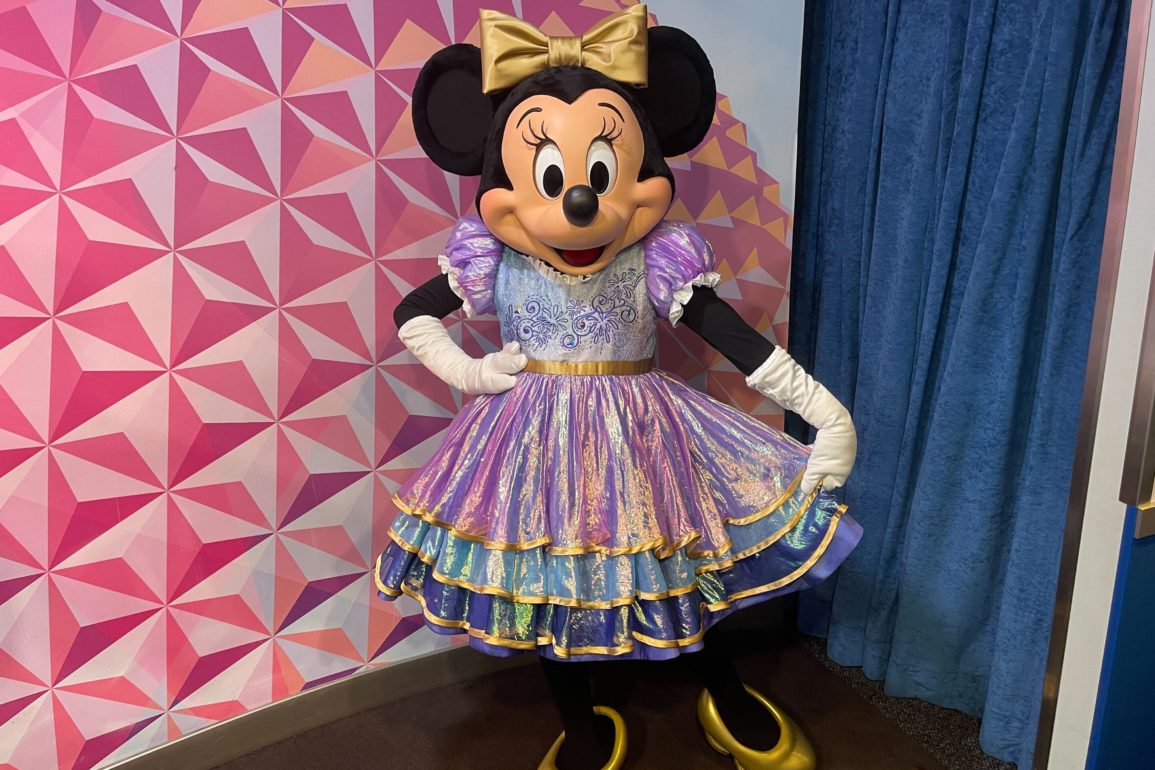 Several characters will be returning to Walt Disney World for non-distanced meet-and-greets this summer.

Starting July 6, guests will once again be able to meet Minnie Mouse at Magic Kingdom, but this time she will be alongside Mickey at Town Square Theater. Like Mickey, Minnie will appear in her EARidescent 50th anniversary outfit. Prior to March 2020, Minnie met guests in Storybook Circus at Pete’s Silly Sideshow, which remains closed.

On July 10, Peter Pan and Snow White will both return to Fantasyland at Magic Kingdom.

Aladdin, Jasmine, Merida, Pooh, Tigger, and Storybook Circus pals like The Great Goofini in Pete’s Silly Sideshow will also return to Magic Kingdom, though a date has not been announced.

Also returning in the future but with no confirmed date will be Toy Story characters in Toy Story Land at Disney’s Hollywood Studios, and Donald Duck and friends at “Donald’s Dino-Bash!” in DinoLand U.S.A. at Disney’s Animal Kingdom.