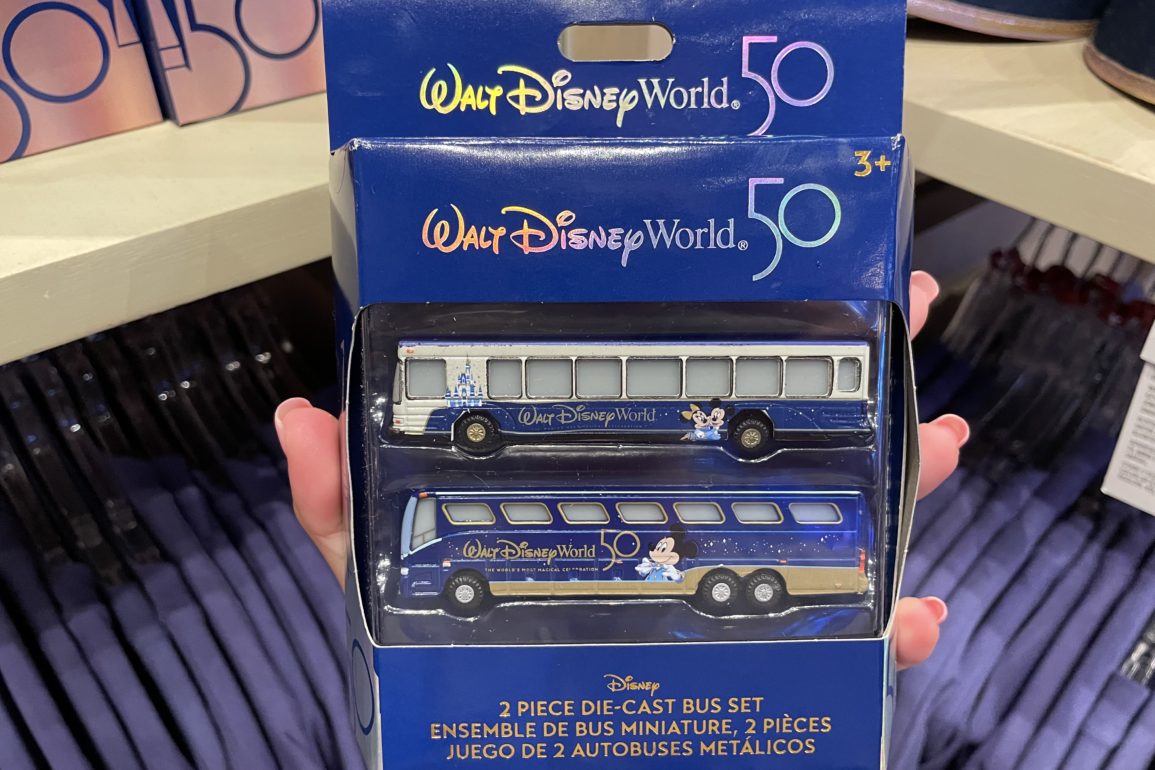 This set is made for ages three and up.

One bus is mainly white, with a stripe of royal blue along the bottom. Cinderella Castle rises from the stripe between the driver’s window and square passenger windows. Mickey and Minnie, in their 50th anniversary costumes, are next to one wheel. “Walt Disney World” and “The World’s Most Magical Celebration” are printed in gold on the stripe. The rims of the tires are also gold.

The second bus is mainly royal blue, with a stripe of gold along the bottom. “Walt Disney World,” “The World’s Most Magical Celebration,” and a large “50” are in gold under the windows. Mickey is adjusting his EARidescent bowtie next to the words. The windows of this bus are slanted and it has extra wheels. It’s reminiscent of the former Disney’s Magical Express design, which ended earlier this year.

They come in royal blue packaging decorated with the shiny silhouette of Cinderella Castle and the 50th anniversary logo.

The back reads, “Take a ride on one of the express buses of the Walt Disney World Resort and you’re on your way to a magical destination. Whether you’re headed to your favorite Disney Theme Park, Resort or Cruise Ship, a Disney bus is always ready to get you there – where fun and discovery await your arrival!”

Check out more 50th anniversary merchandise. And let us know what you think in the comments below!