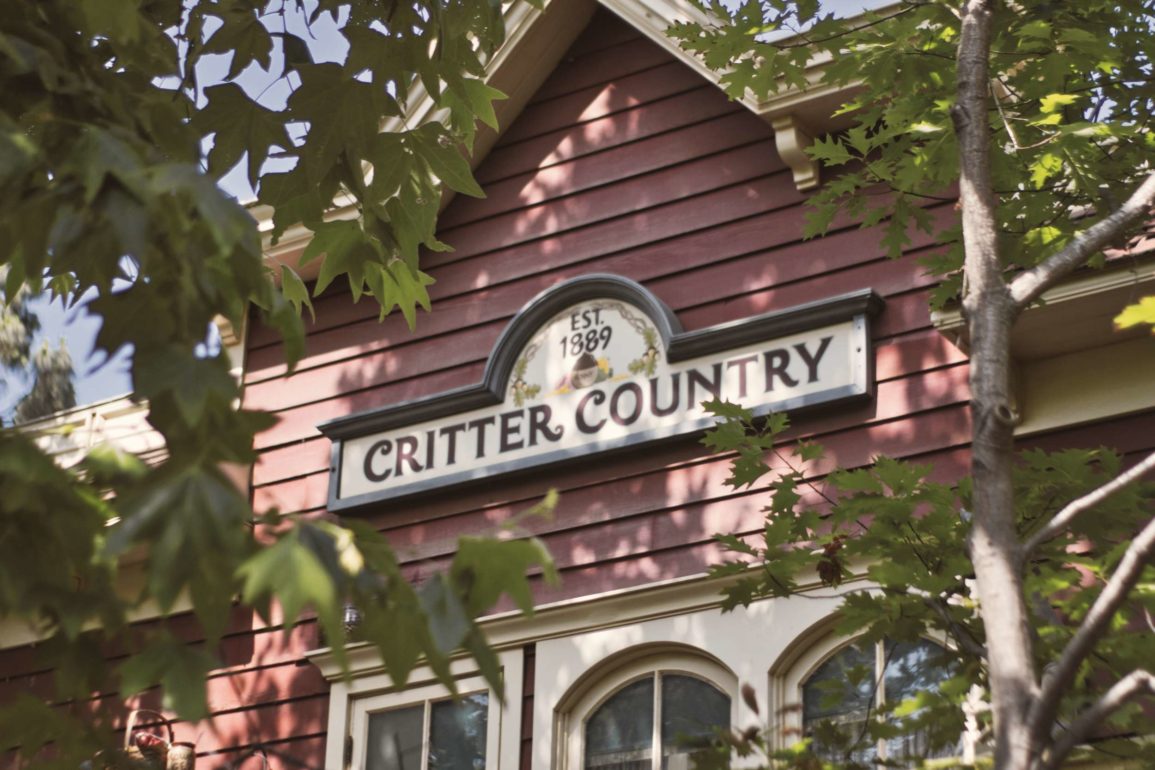 Hey there, hi there, ho there! We headed down to the Disneyland Resort to visit some old friends and see what is going on today amid all the many construction projects and merchandise releases. So join us for this most recent photo report from both parks.

We started our day at Disneyland, where there’s almost as much traffic on the roads as there was on the freeway getting here.

Goofy is turning 90, and we found some pins to celebrate. We also found a Floating Down Main Street pin, a mystery box collection, a Star Wars action figure pin, and more.

The tree that once sat in the pathway as the entrance of Tarzan’s Treehouse has now been fully removed. Take a look at our full construction update right here.

New Orleans Square is emerging from its refurbishment period as well, and the walls that were previously blocking the walkway have been removed.

Nearby in Critter Country, we took a slow stroll through the land to admire the design. In the hustle and bustle of park life, sometimes the beauty of Disneyland can be too easily overlooked. It’s nice to take a breath and slow down every now and again.

On Batuu, we found a little droid who is being used as a stove near the Creature Corner stall.

At the Creature Stall, we spotted this new set of colored pencils.

Noticing our interest, the shopkeeper made mention of that symbol that is on the pencil case. That is the same symbol found hanging above the Creature Stall itself.

We noticed the Amani tribe’s flag just around the corner, hidden underneath a sunshade. It’s always nice to have a bit of lore to enrich our travels.

We met up with our old friends Chip ‘n Dale, Rescue Rangers, as they were greeting guests in the park.

They’re sure happy to be back solving some crimes that go slipping through the cracks.

The display case next to Terran Treats in Avengers Campus has a new exhibit. No, not the Death Dealer mask and dragon scale weapons from “Shang-Chi and the Legend of the Ten Rings.” Not even Loki’s daggers and props from his show. No, now it’s home to something that really fits in Avengers Campus — a Coke ad.

We’re being sarcastic, of course. This display case housing two Coca-Cola bottles is a far cry from the displays of props from Marvel films and shows.

It is promoting the new Coca-Cola starlight, which is advertised as “space flavored,” and therefore has a tie-in to being near the Tivan Collection, we guess.

The larger case around the side of the display is filled with the same red sand and polished minerals and crystals that surround the Coke display in the front case.

One final parting shot from Avengers Campus. Ant Man was out shaking hands with fans, delighting crowds wherever he went, so we snapped this nice photo of him.

Previous
‘Princess and the Frog’ Splash Mountain Overlay to Open in 2024, Summer House on the Lake Restaurant Coming to Disney Springs in 2023, Tropical Storm Watch in Effect This Weekend, & More: Daily Recap (6/2/22)