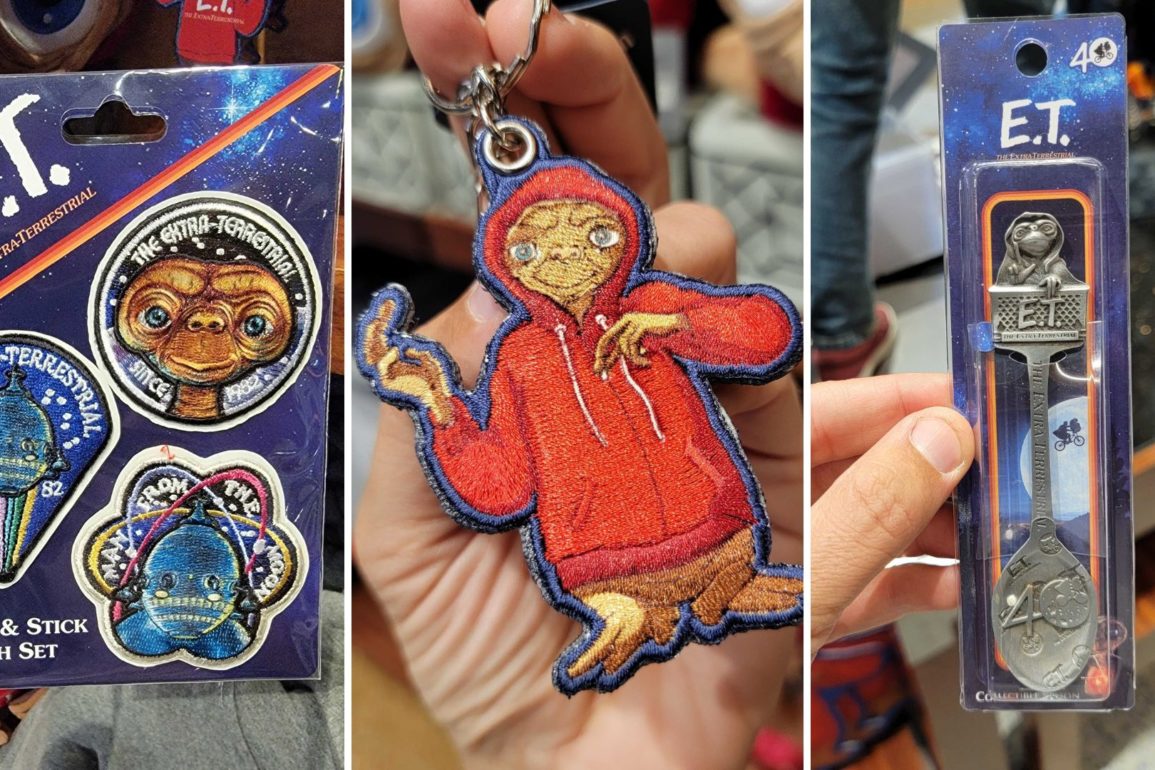 New “E.T.” patches, a keychain, and a collectible spoon have arrived at Universal Studios Hollywood. These join a massive collection of “E.T.” merchandise which first released last month to celebrate the film’s 40th anniversary.

This set has three peel and stick patches. One features E.T.’s face and reads “The Extra-Terrestrial Since 1982.” The other two feature E.T.’s round spaceship, with one reading “Man from the moon” in an atom shape.

This patch-like keychain is shaped like E.T., wearing the iconic red hoodie.

The film’s logo is on his back.

The collectible spoon has E.T. in Elliott’s bike basket on the handle.

“The Extra-Terrestrial” is across the stem of the spoon.

The end of the spoon has a “40” for the anniversary. The zero is a moon with E.T. and Elliott flying across it.

We spotted all of these previously over at Universal Studios Florida in their Summer Tribute Store.

These were in the Universal Studios Store Upper Lot. Are you collecting the new “E.T.” merchandise? Let us know in the comments.