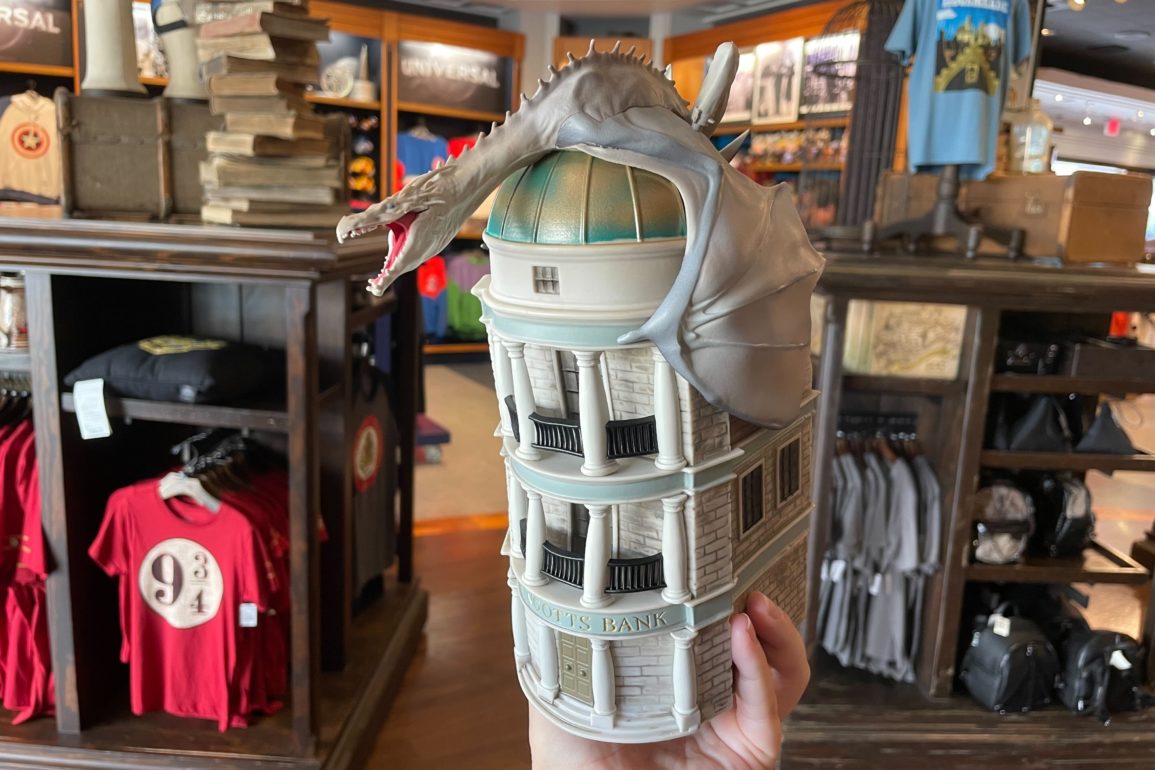 If you can’t make it to Diagon Alley on a frequent basis, the next safest place to keep your money is in a Gringotts Bank bank which is now available for purchase at Universal Orlando Resort.

The bank is made of a rubbery plastic material, so it’s safe for a kid’s room.

It is shaped like the building in The Wizarding World of Harry Potter – Diagon Alley, with the white dragon on top.

The top of the building has a golden-green sheen.

There are tiny railings attached to white columns along the front.

“Gringotts Bank” is in gold lettering above the green door.

The dragon’s wings curl around its tail on the back of the bank.

The iconic “Harry Potter” logo is in silver on the back of the bank, below the coin slot.

Check out these new Diagon Alley and Hogsmeade pins too.