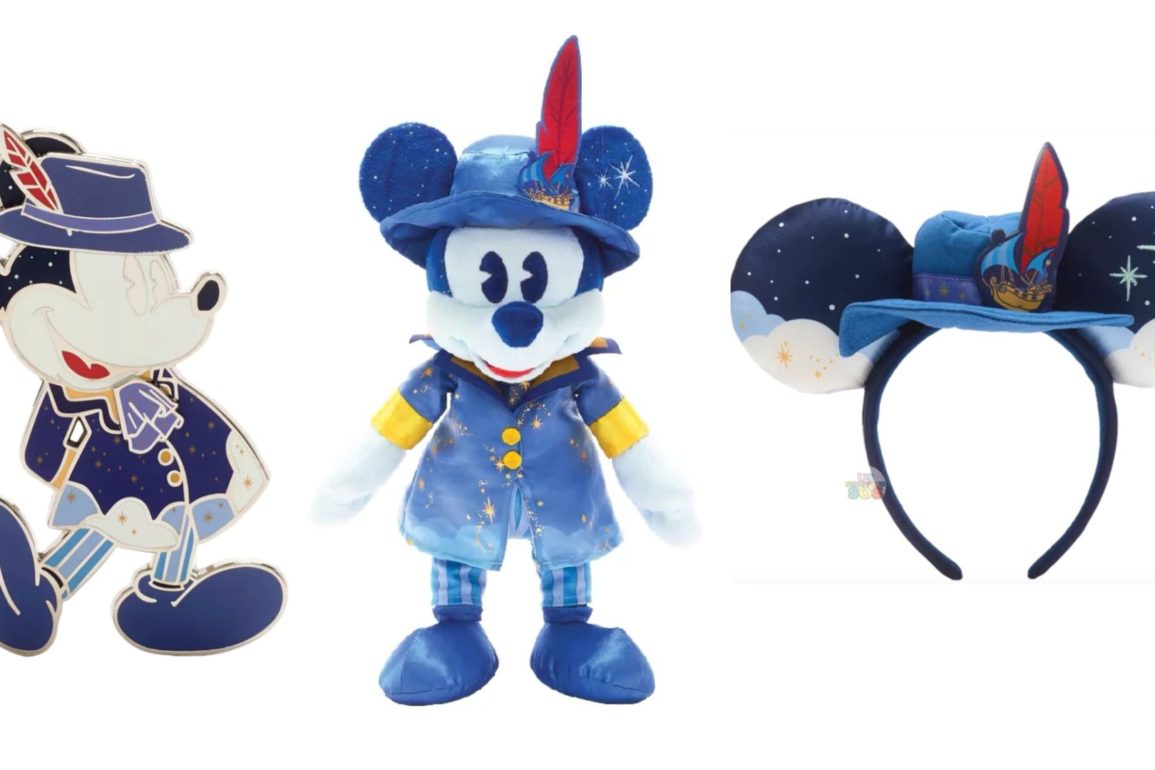 We have our first look at the Peter Pan’s Flight series of Mickey Mouse: The Main Attraction, thanks to usshoppingsos on Instagram. This is series 6 out of 12, and will join the most recent release, the “it’s a small world” series which just arrived at Walt Disney World and Disneyland Resort.

The pin shows Mickey in a blue night sky coat and a blue hat with a red feather.

The Mickey plush has approximately the same design as the pin.

The Walt Disney World 50th anniversary logo is on the back of one of his ears.

The ear headband has night sky ears featuring the second star to the right and clouds. The hat in the center has a red feather and a small image of the flying pirate ship.

The series should also include a Loungefly mini backpack and collectible key.

Earlier series include Space Mountain, Pirates of the Caribbean, and Mad Tea Party. Series 5, based on the Enchanted Tiki Room, has yet to be released.