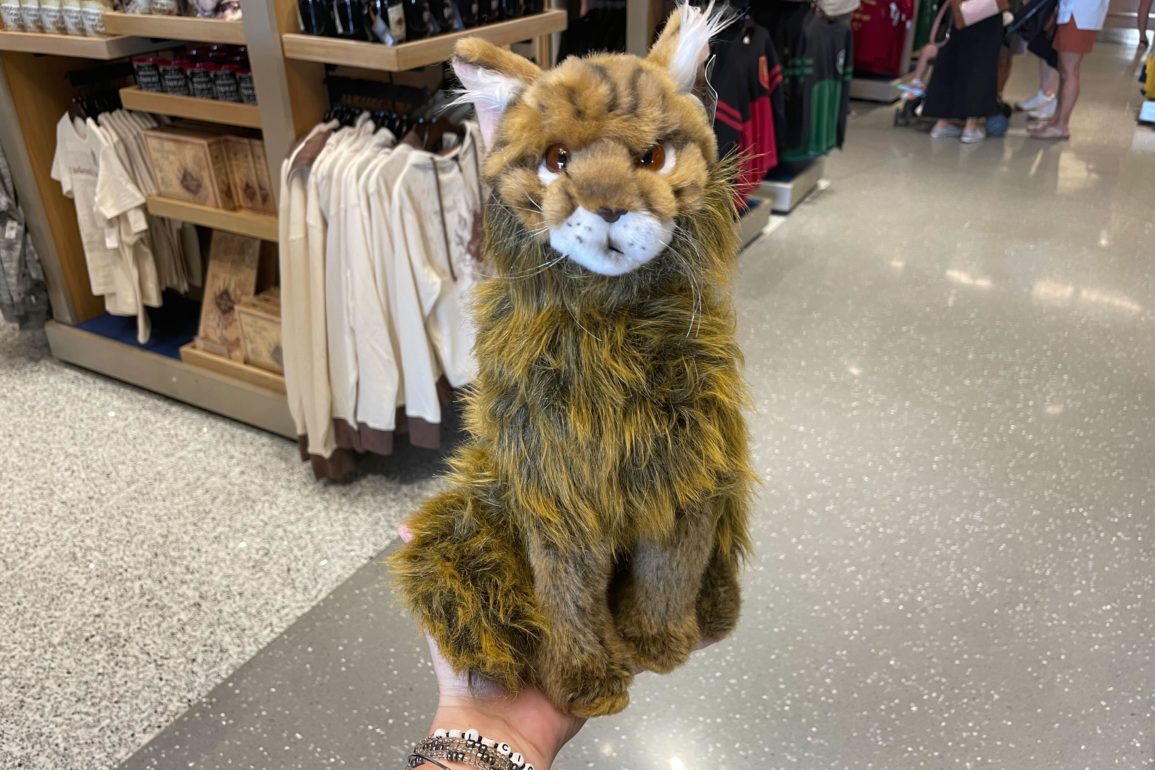 A Mrs. Norris plush — Filch’s cat in the “Harry Potter” series — is now available at Universal Orlando Resort. We found the plush in the Universal Studios Store at CityWalk.

In the “Harry Potter” films, Mrs. Norris is portrayed as a fluffy Maine Coon.

She has mostly brown fur, with some black stripes.

She has white fur in front of her ears.

The plush Mrs. Norris is in a sitting position.

Next
New Minions Pins and Keychains at Universal Orlando Resort