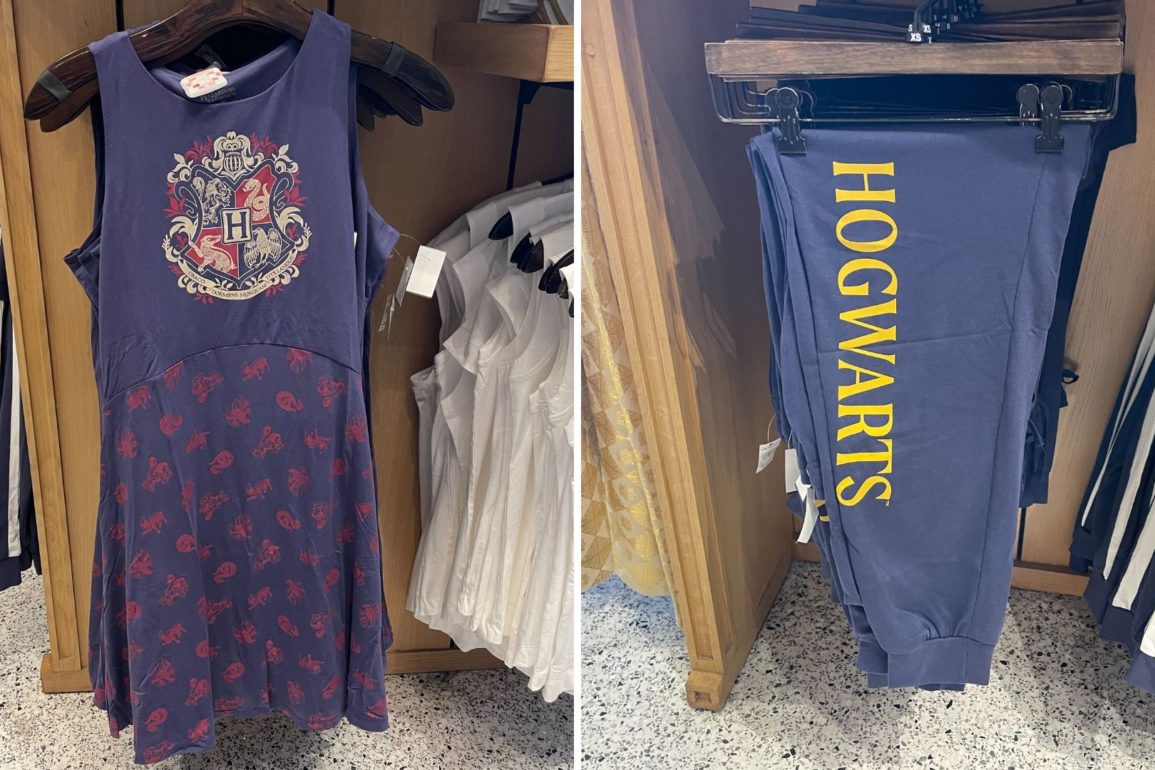 Show your school spirit with this new Hogwarts dress and sweatpants, now available at Universal Orlando Resort. We found them in the Universal Studios Store at CityWalk.

The sleeveless dress is dark blue, with the Hogwarts crest on the chest.

The crest features the mascots of each Hogwarts house.

The skirt also features the mascots, in a red all-over pattern.

The sweatpants are also dark blue, with “Hogwarts” in yellow down one leg.

It has a drawstring waist.

The four mascots are pictured in red down the other leg. The pants would pair well with the jacket or sleeveless top released earlier this month.