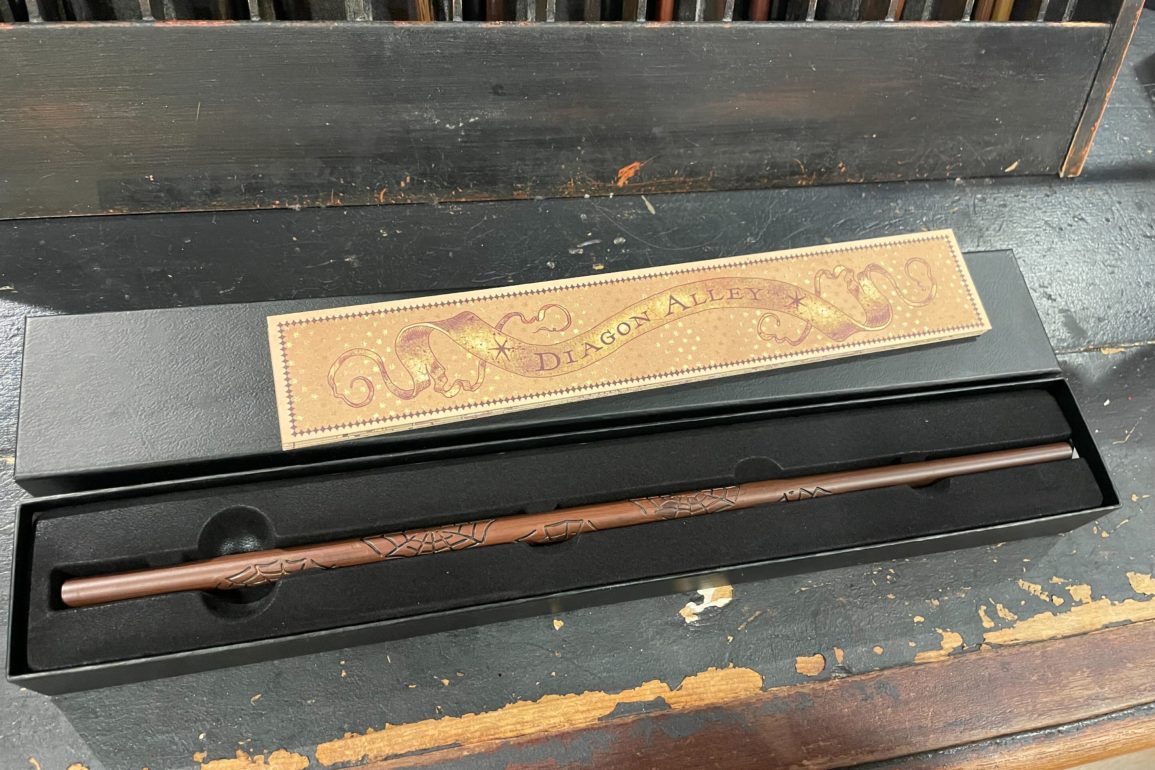 You can now wield a wand just like the one used by Harry Potter’s father, James Potter. This interactive wand is available at wand locations in Universal Orlando Resort, including Ollivander’s and Universal Studios Store at CityWalk.

Like all wands from The Wizarding World of Harry Potter, this one comes in a long thin box.

“James Potter” is on a golden sticker at one end of the box.

The Wizarding World of Harry Potter logo is on the bottom of the box.

The wand includes a map of interactive wand locations throughout The Wizarding World of Harry Potter.

The wand itself is light brown.

It is carved with web-like designs.

The webs are darker than the rest of the wand.