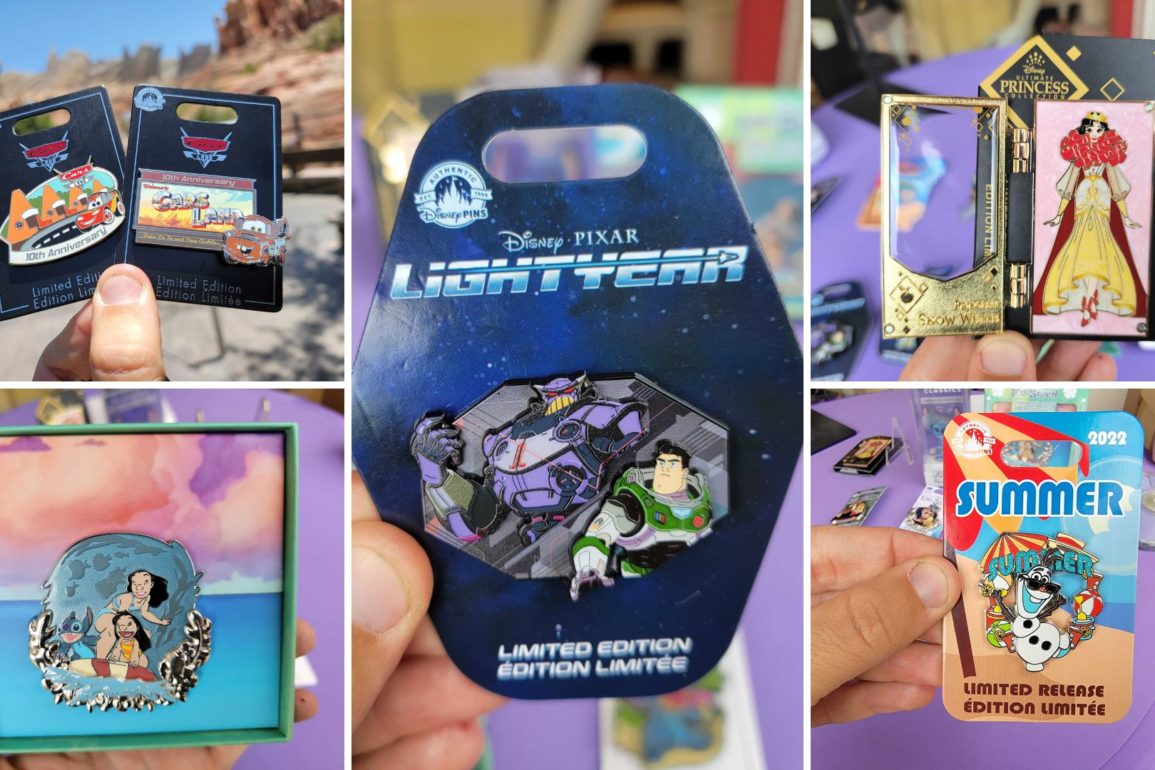 Several new limited edition and limited release pins, including pins for the release of “Lightyear” and the 20th anniversary of “Lilo & Stitch” arrived at Disneyland Resort this week. We found most of these in 20th Century Music Co. at Disneyland.

This pin features Buzz Lightyear and his robot cat, Sox, with the Star Command logo above them. Both “Lightyear” pins come on a starry backing card.

This pin features Stitch in sunglasses, eating a pink ice cream cone. “626 Day” is in yellow letters above him.

This limited release pin features Lilo hugging Stitch, with Nani patting his head. Golden coral and flowers are on the bottom edge of the pin.

This pin features Stitch, Jumba, and Pleakley, with the same golden edge design. It has a limited edition size of 4,500.

This jumbo pin has Nani, Lilo, and Stitch surfing on a big wave.

Next, celebrate summer with this limited release pin featuring Olaf from “Frozen.” “Summer” is in sparkly letters behind him, along with beach toys, an umbrella, and iced tea.

Finally, Aurora is featured with her father, King Stefan, on this Father’s Day pin.

It slides away to reveal Tiana. This has a limited edition size of 4,000.

This pin resembles a doll in a display case.

Snow White is in a designer yellow dress, with a giant red ruffle collar and red cape. She has a classic golden crown on her head.

Information about the designer, Steve Thompson, is on the packaging.

Stitch holds a yellow blaster on this jumbo FiGPiN, which includes a stand.

The Cars Land pins were available at Ramone’s House of Body Art in Disney California Adventure. They are each a limited edition of 3,000.

This pin features Lightning McQueen at the Cozy Cone Motel.

Mater is smiling next to the “Welcome to Cars Land” billboard on this pin.

Several of these pins are also available at Walt Disney World Resort.

Next
Planet Hollywood at Disneyland Paris Closing Permanently on January 7, 2023