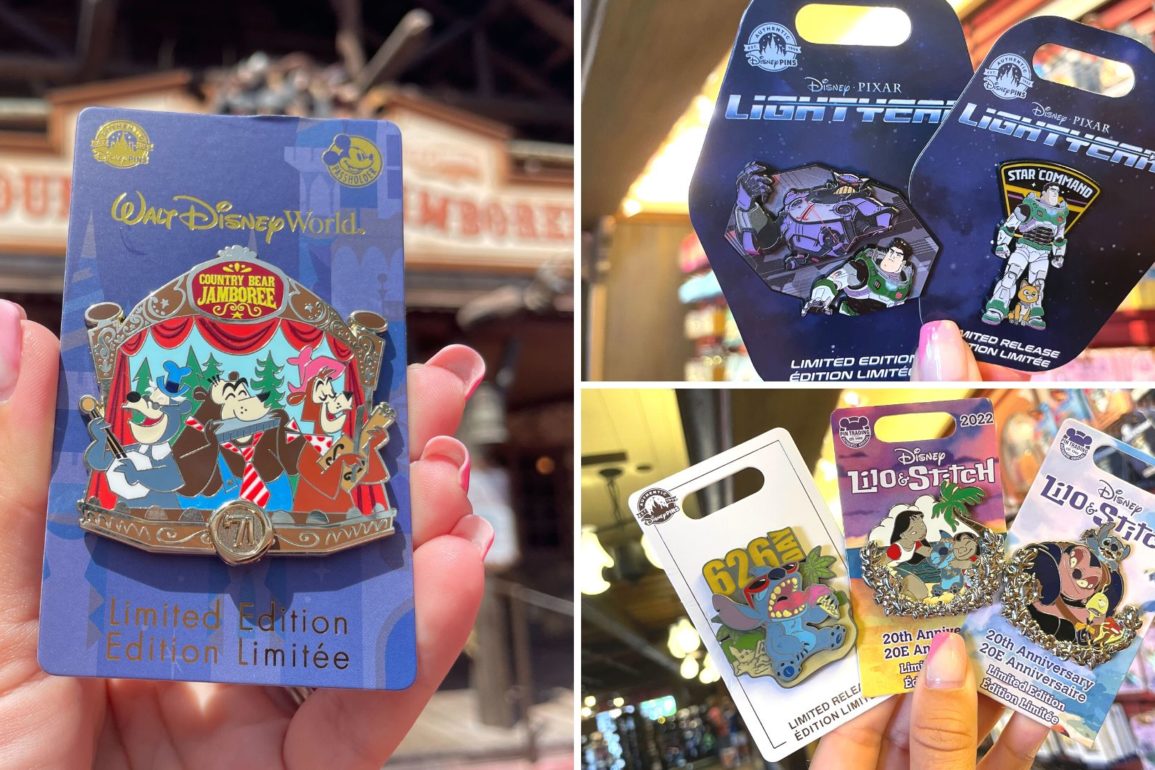 This pin features three bears from The Five Bear Rugs on stage at the Country Bear Jamboree. They are in a cartoon-ish style.

The edges of the pin resemble the stage, including the red curtains. The featured bears are Zeke, Fred, and Tennessee.

For “Lightyear,” Disney has a limited edition pin and a limited release pin.

This pin features Buzz Lightyear and his robot cat, Sox, with the Star Command logo above them.

Both pins come on a starry backing card.

Golden coral and flowers are on the bottom edge of the pin.

This pin features Stitch, Jumba, and Pleakley, with the same golden edge design.

This jumbo pin has Nani, Lilo, and Stitch surfing on a big wave.

Next, celebrate summer with this limited release pin featuring Olaf from “Frozen.”

“Summer” is in sparkly letters behind him, along with beach toys, an umbrella, and iced tea.

Finally, Aurora is featured with her father, King Stefan, on this Father’s Day pin.

Which pins will you be collecting? Let us know in the comments.