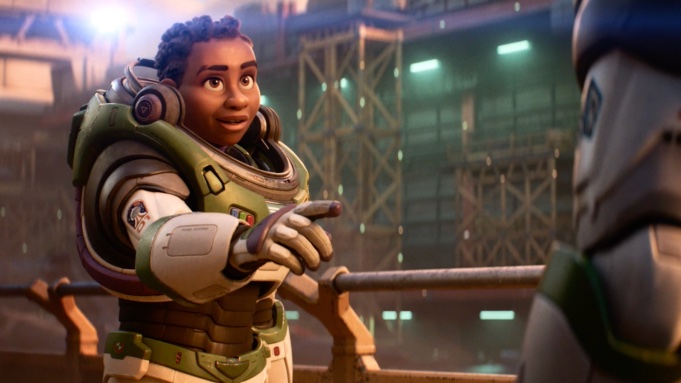 Following the controversy surrounding Disney and Florida’s “Don’t Say Gay” bill — including Pixar employees speaking out about the company censoring LGBTQIA+ characters and relationships — a same-sex kiss was added back into Pixar’s “Lightyear.” As a result, Disney does not have permission to show “Lightyear” in 14 Middle Eastern and Asian countries, Reuters reports.

In the film, Buzz’s friend Alisha Hawthorne (voiced by Uzo Aduba) marries another woman. A montage of milestones in their relationship shows a kiss.

The United Arab Emirates has banned the film because it violates their media content standards. Representatives of Saudi Arabia, Egypt, Indonesia, Malaysia, and Lebanon did not immediately respond to Reuters’ requests for comment.

It is assumed the film won’t open in China either. Authorities in China had asked Disney to make cuts to “Lightyear,” but Disney declined.

“We’re not going to cut out anything, especially something as important as the loving and inspirational relationship that shows Buzz what he’s missing by the choices that he’s making, so that’s not getting cut,” producer Galyn Susman told Reuters.

Chris Evans, who is voicing Buzz, said, “It’s great that we are a part of something that’s making steps forward in the social inclusion capacity, but it’s frustrating that there are still places that aren’t where they should be.”

Disney previously refused to cut a reference to America Chavez’s two mothers in “Doctor Strange in the Multiverse of Madness.” As a result, it was not played in many Middle Eastern and Asian either.

“Lightyear” will debut in the U.S.A. and Canada on Friday, June 17, 2022. Coincidentally, it’s premiering during Pride Month.