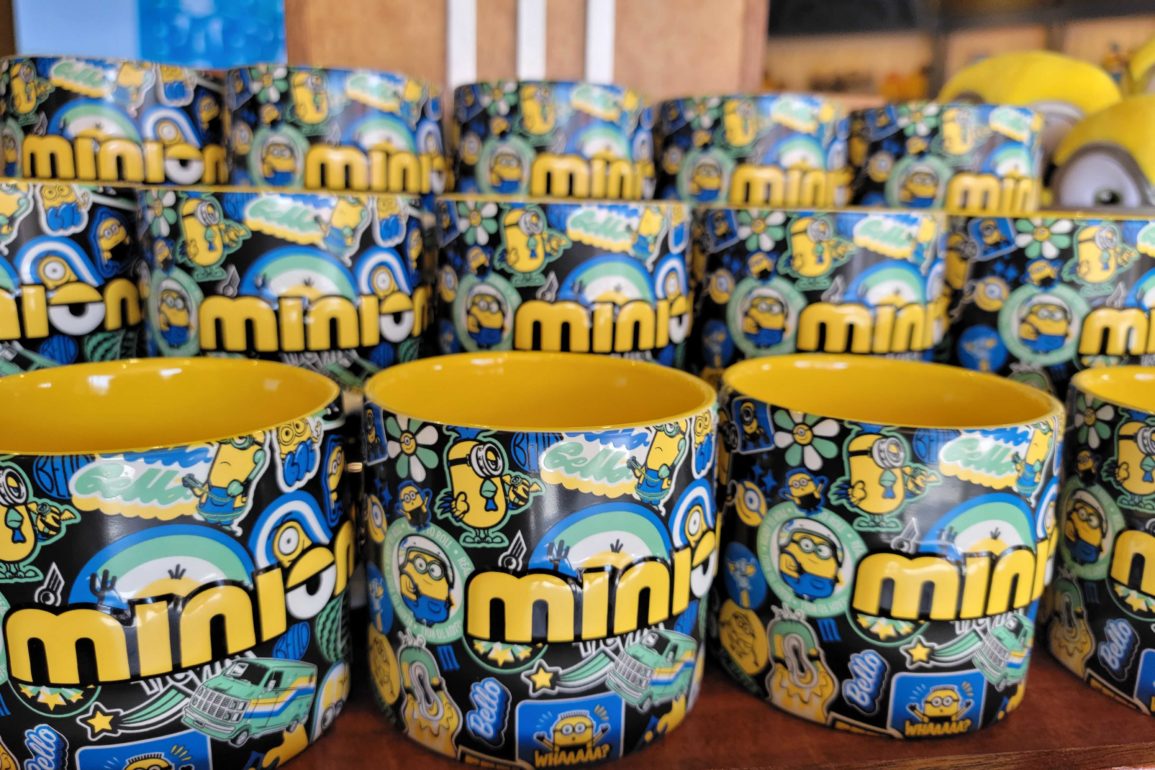 A new (and colorful) Minions Mug was spotted at the Universal Studio Store at Universal Studios Hollywood. This mug has come out just before the theatrical release of “Minions: Rise of Gru” on July 1.

The mug has a black background dotted with iconic scenes, phrases, and characters from the “Despicable Me” and “Minions” series. The mug follows an eye-catching color scheme of blues and yellows. The handle stands out with its striking white color.

The front of the mug has “Minions” written on the front with a 3D texture. The “O” is replaced with a Minion eyeball.

More patches and stickers cover the sides. The inside is the unmistakable Minion-yellow color.

Are you looking forward to “Minions: the Rise of Gru”? Let us know in the comments below!