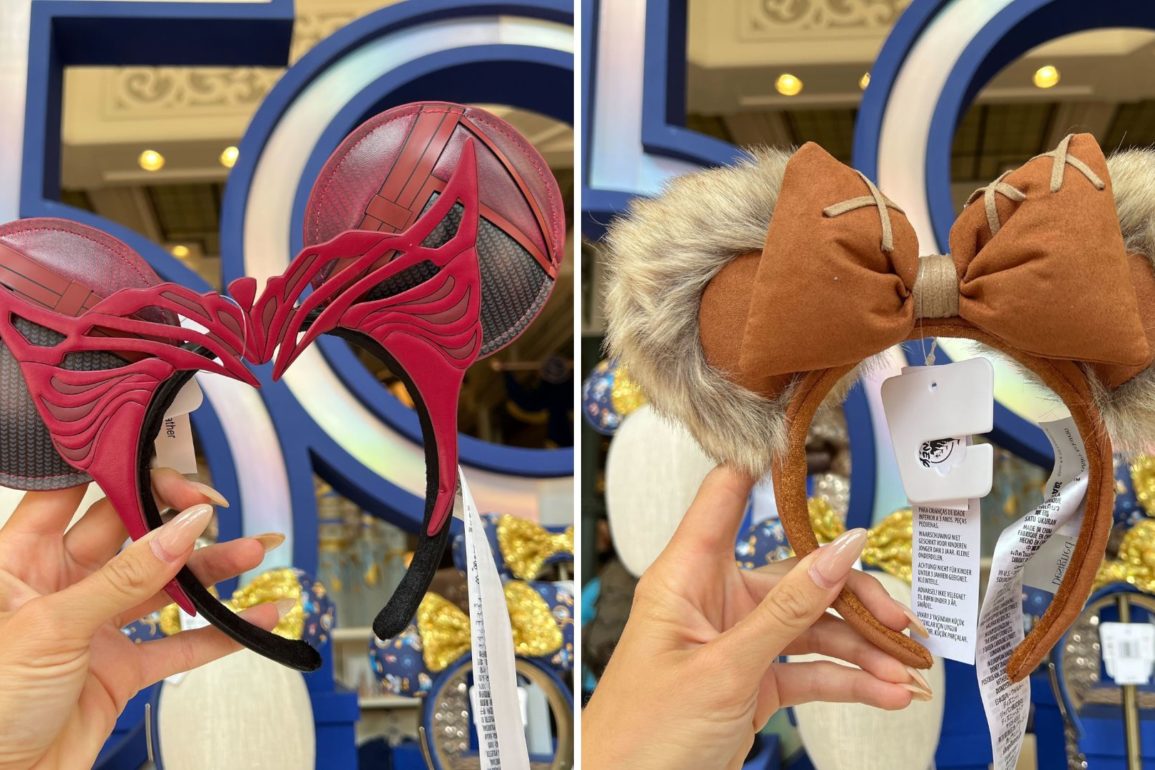 New ear headbands inspired by Wanda Maximoff a.k.a. the Scarlet Witch as she appears in “Doctor Strange in the Multiverse of Madness” and the Ewoks of “Star Wars” have appeared at Walt Disney World. We found both in the Emporium at Magic Kingdom.

The ears are red and black pleather.

At the center, connected to the headband, is Wanda’s classic pointed headpiece.

“I have everything under control” is embroidered in red on the side of the black headband.

The backs of the ears are a more solid, textured red.

This ear headband is designed by Ashley Eckstein, Her Universe founder and voice of Ahsoka Tano.

The ears atop the headband resemble Ewok ears.

They are mostly covered in light brown faux fur, with orange-brown velveteen fabric at the center.

The Minnie bow is made of the same orange-brown fabric, with light brown cross-crossing strings. It resembles not only the clothing worn by Ewoks, but also the dress Princess Leia wears while staying in the Ewok village.

The actual headband is also covered in orange-brown fabric. Four light brown “x”s are down one side.

The interior of the headband is a softer fabric to sit against your head.

The back of the ears are fully covered in fur.

Will you be wearing the Scarlet Witch or Ewok ear headband? Let us know in the comments.

Both ear headbands are also available at Disneyland Resort: