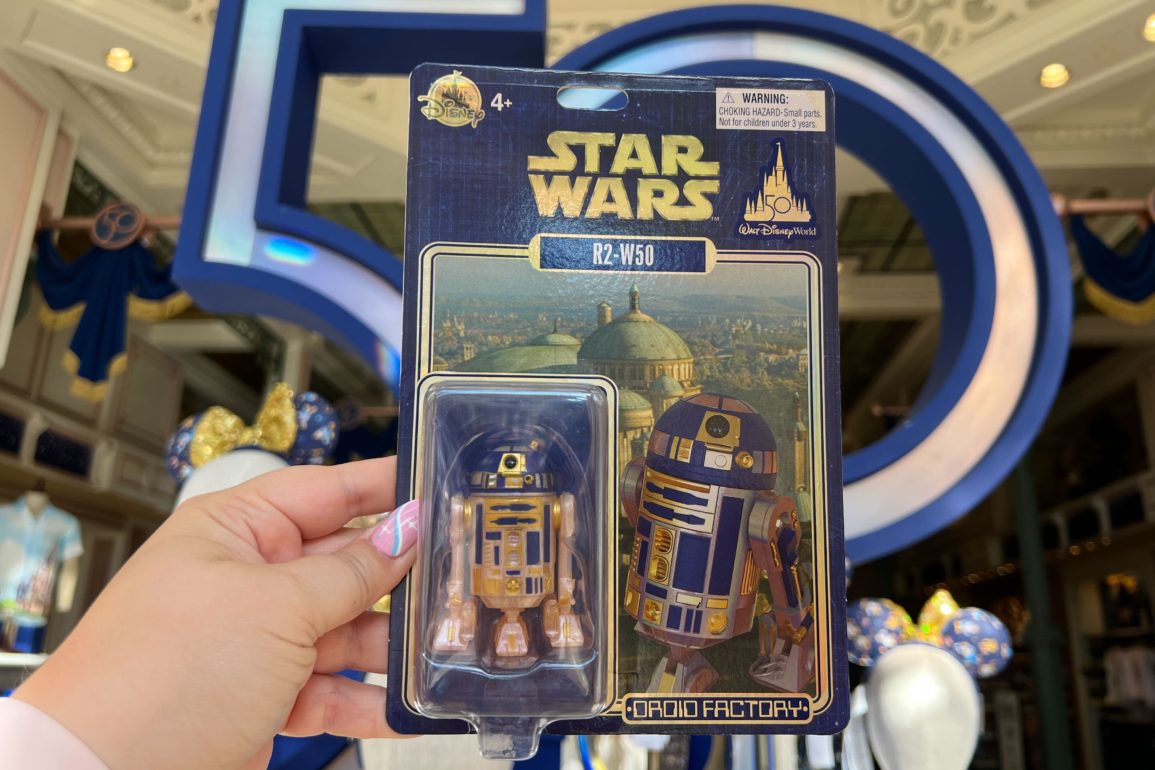 There’s been no shortage of merchandise to celebrate Walt Disney World’s 50th anniversary. Now, a new item has arrived straight from a galaxy far, far away.

The droid originally hails from the planet Naboo, home to Queen (later Senator) Amidala and Jar-Jar Binks. An image of the Royal Palace in the city of Theed appears on the front.

R2-W50 marks “The World’s Most Magical Celebration” in an EARidescent blue and gold color scheme.

The back of the package features a diagram of the capable Astromech droid’s mechanical components.

It also offers a short biography:

R2-W50 is unlike any other Astromech Droid in the Galaxy. As a loyal Astromech, R2-W50 lives on Naboo serving different members of the Royal house. His droid build is similar to other classic R-series droids, but features an iridescent coloration on its body. Join R2-W50 on his adventure across the galaxy. May the Force be with You… and your droids!

This Astromech Droid figure was created to commemorate 50 years of magic at Walt Disney World Resort.

We found this at the Emporium in the Magic Kingdom. R2-W50 joins BB-PR0UD, part of the Star Wars Pride Collection, as new releases in the Droid Factory collection.