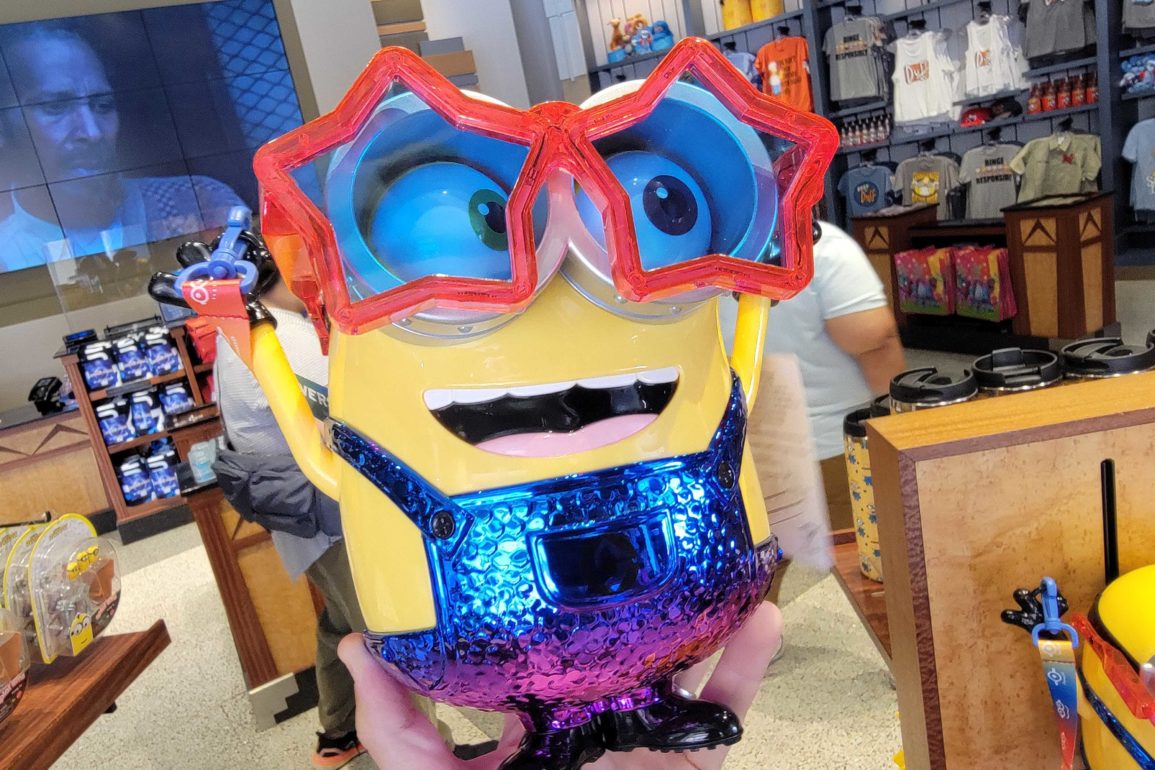 Another Minion popcorn bucket, this one wearing star-shaped sunglasses, is taking over Universal Studios Hollywood.

The yellow minion has his hands up in celebration.

His star-shaped glasses have red frames and blue lenses.

With the press of a button on the side of the glasses, they also light up. The lights have three modes — quick flash, slow flash, and steady on.

His overalls are a shiny blue to purple ombre. He’s wearing black shoes.

The sunglasses can be tilted up away from his eyes, which actually move back and forth when you move the bucket.

He opens from the back.

The detachable strap has a rainbow ombre.

We found this bucket at the Universal Studios Store in the Upper Lot. Will you be adding it to your popcorn bucket collection? Let us know in the comments.