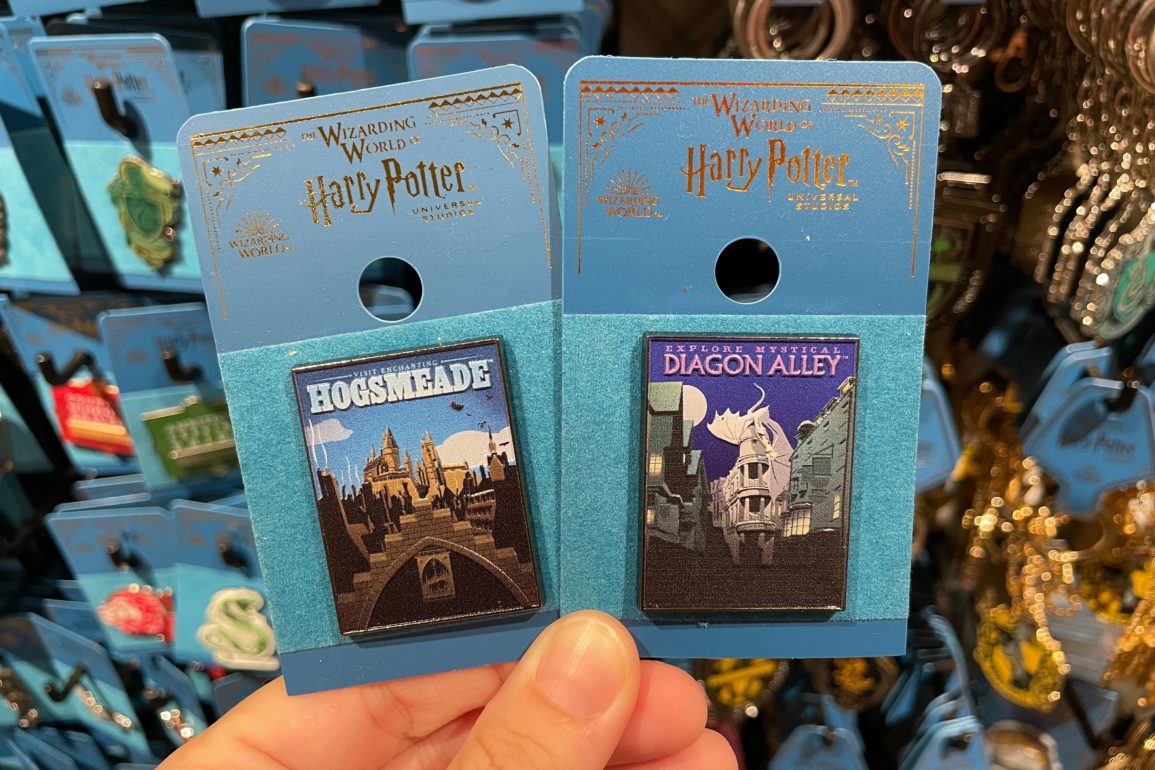 We found these in the Universal Studios Store at CityWalk.

The poster design of the pins matches other merchandise we’ve found at Universal Orlando Resort recently.

This one reads “Visit Enchanting Hogsmeade” across the top. Hogwarts and the tops of Hogsmeade buildings are pictured, with the archway entrance in the foreground.

The Diagon Alley pin portrays the street at night, with a purple-blue sky.

It reads “Explore Mystical Diagon Alley” above the Gringotts dragon breathing fire over the street.